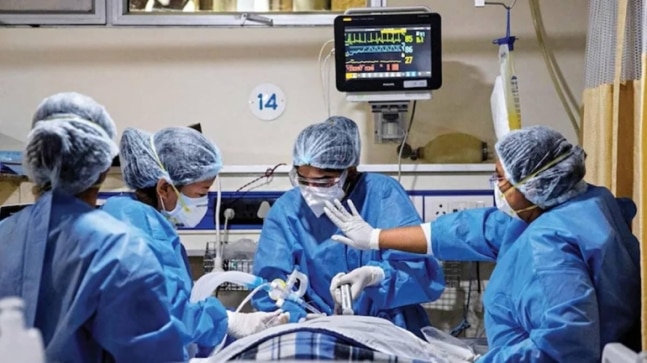 Doctors at a private hospital performed heart surgery on a 23-year-old patient with a rare genetic condition to replace a blood vessel the size of a lump.

The patient’s brothers had heart problems and her mother had had heart surgery almost 15 years ago.

Doctors at the hospital said she was suffering from Marfan syndrome, a rare inherited condition that affects connective tissues and organs such as the heart, eyes, blood vessels and bones.

According to specialists, the disease caused her ascending aorta (the main artery that carries blood from the heart to the rest of the body) to grow to 6.5 cm wide, double the normal width and could have ruptured. at any time, causing his sudden death. , said a statement from the hospital.

Doctors replaced the valve and part of the aorta with an artificial graft that gave him new life.

Dr Abhay Kumar, Director of Cardiac Surgery Department, Aakash Healthcare, Dwarka, said: â€œMarfan syndrome made the tissue in the outer wall of the aorta thinner and there was a risk of rupture. Aortic dissection can be fatal because there is one. percentage risk of death with each passing hour. About 50% of patients not treated with aortic dissection can die as quickly as two days. If the diameter of the aorta is 4.5 cm or more, this is an indication of the “Bentall” procedure.

Considering her age and how well all other organs are functioning, it was decided that this was the right procedure for her, he said.

Explaining the procedure, he said it is a complex and high-risk surgery and its success requires significant expertise and effective teamwork.

â€œWe were very careful because we knew how former New Zealand cricketer Chris Cairns recently suffered a stroke in his spine during surgery to correct his aortic dissection. Extracorporeal membrane oxygenation (ECMO) was used to pump and oxygenate the blood outside of her body during the operation period and we successfully completed the operation after seven hours. Bentall was the only procedure that could have saved her life. She will well and can lead a healthy and normal life, â€he said.

The woman’s mother also had a similar heart problem and had successful Bentall surgery 15 years ago, the doctor said.

“Due to the genetic nature of Marfan syndrome, doctors have advised his two brothers, who have telltale signs of the disease and are both in their twenties, to get tested,” Dr Amrish Kumar said, consultant, Department of Cardiac Surgery, Aakash Health, Dwarka.

Tests revealed that they too had already developed heart problems, he said.

Named after Professor Hugh Bentall, a British cardiologist, the Bentall procedure refers to open-heart surgery that involves replacing the affected valve and aorta and reconnecting the coronary arteries.

Dr Ashish Agarwal, director of cardiology at the hospital, said: â€œThe long-term survival of Bentall patients after surgery is 93% after five years and 89% after 10 years.

The patient said she had never had heart problems before and after learning of the disease she was shocked.

“But I am grateful to the doctors for their expert and swift action which saved my life. In addition, they anticipated that my brothers might also have a heart problem due to Marfan syndrome, which turned out to be true. , and it saved their lives too, â€she said.