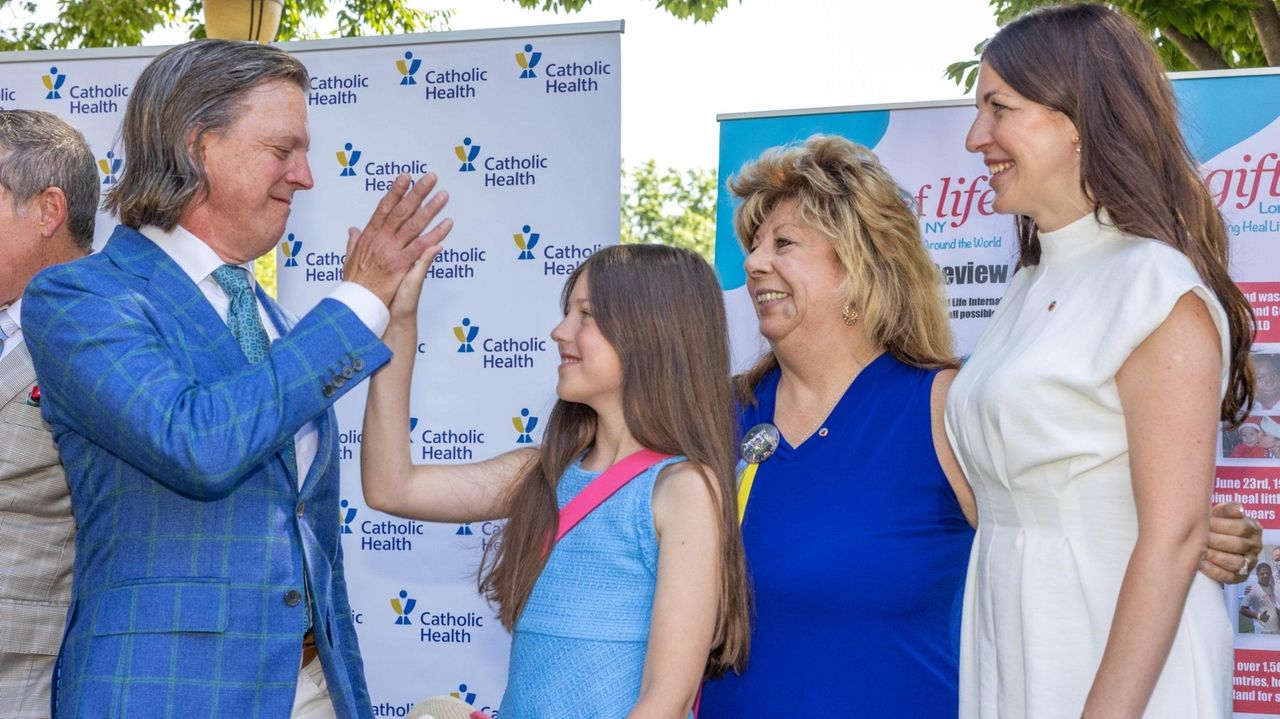 A nine-year-old Ukrainian girl who arrived in the United States last month can dance a little longer after having a patch surgically placed to seal a hole in her heart at Flower Hill.

While waiting for surgery for the past six weeks, Polina Shchepaniak made short cellphone videos for her YouTube channel where she danced to pop music and waved an American flag. On Wednesday, she uploaded a video of herself lying in a hospital bed at St. Francis Hospital & Heart Center, waving at the camera with wires tied to her fingers.

“I feel good,” she said Friday. “But now, after the operation, I feel better.”

Shchepaniak’s parents had scheduled the operation in March in his hometown of Lviv to repair a congenital heart defect, diagnosed in his first weeks of life. But the Russian invasion of Ukraine in February upended those plans as the country’s medical sector turned to treating war-wounded.

Long Island Gift of Life, an organization affiliated with Rotary International, stepped in to bring Polina here to undergo life-changing surgery. For decades, the organization has brought children to the United States for surgery, although these days they emphasize assignments to overseas hospitals where volunteer doctors train local surgeons. . As war raged in Ukraine, the organization sought to bring a patient here and contacted Shchepaniak’s surgeon in Lviv, Dmytro Besh, with whom they had worked in the past. He recommended Polina for surgery in the United States.

Sean Levchuck, chair of pediatric cardiology at St. Francis, performed the surgery Wednesday. Using a catheter inserted into a vein in Polina’s leg, he put a patch over a hole about 1 centimeter in her heart, a condition called atrial septal defect.

“She was born with it and what happens is it makes the heart work twice, twice as hard as it needs to,” Levchuck told Newsday.

Untreated, the disease can lead to serious heart problems and other illnesses in adulthood. Although surgery is usually done years earlier in a child’s life in the United States, having surgery at age 9 “is really good,” especially because “she’s now in a country where it’s not there’s really not a lot of medical care,” he said. referring to war-torn Ukraine.

The patch will stay on Polina’s heart for life, he said.

Polina arrived here with her mother Kateryna Shchepaniak and they stayed with a host family in East Meadow.

“I am blessed and very grateful to all the people who are helping us,” Kateryna said. Her husband, Polina’s father, remained in Ukraine during their time here, but remained connected throughout.

“He was with us the whole time on the video call,” Kateryna said. “For a minute before the operation until the moment she finally opened her eyes.”

Polina, who was released from hospital on Thursday, said she now hopes to have a normal life.

They hope to hit the beaches of Long Island before returning to Ukraine on August 1, returning to a country at war.

“It’s very dangerous…but this is our country and we have to be there because we are young, strong and brave,” Kateryna said. “I feel like [as a] Ukrainian woman, I have to come back and I have to help my country to survive.

The first thing on Polina’s agenda upon her return? “I want to hug my whole family,” she said.