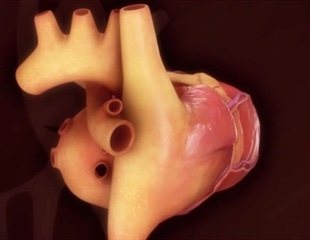 The most common birth defects are congenital heart defects (CHD). These abnormalities occur when there is an inability of the heart or its major blood vessels to form properly during embryonic and/or fetal growth and development.

They can range from simple holes in the cardiac septum, or narrow valves, to more complex defects like tetralogy of Fallot (ToF), which is a combination of four separate defects. In the United States, coronary heart disease affects about 1% of infants born each year, and about 25% of these babies will have severe coronary heart disease.

Simple coronary heart disease includes septal defects. These occur due to holes in the walls of the heart that create communications, causing oxygen-rich blood and oxygen-poor blood to mix. Atrial septal defects (ASD) and VSD are the two main types of septal defects.

ASDs occur in about 2 in 1000 infants and are found between the two upper chambers of the heart, namely the right and left atria. Many children with ASD often have few or no symptoms, and about half of these children will see the ASD close on its own over time.

VSDs occur in the two lower chambers of the heart (the ventricles) and also allow the mixing of oxygen-poor and oxygen-rich blood. There is normally a difference in pressure between the left and right ventricles of the heart, with the left being under higher pressure than the right.

This is because the left ventricle has to pump blood throughout the body, while the right ventricle only pumps blood to the lungs and does not require as much force to do so.

Small VSDs, like ASDs, can close on their own, but larger ones must be closed surgically. Untreated symptomatic VSD can eventually lead to heart failure and death.

Another example of simple CHD is persistent ductus arteriosus (PDA). This condition is quite common and occurs when there is abnormally persistent communication between the pulmonary artery and the aorta. These two vessels communicate physiologically in utero via the ductus arteriosus, vital in fetal circulation to allow the development of non-functional lungs.

The communication closes within three days after birth, but may remain evident in some babies. This again allows oxygen-rich blood and oxygen-poor blood to mix and increase lung pressure.

In addition to holes in the heart wall and vessels, valves can also be abnormal in simple coronary artery disease. Valves are important to prevent backflow of blood. Those that don’t close tightly enough cause a condition called regurgitation. In contrast, stenosis occurs when the valves cannot fully open. It is the result of valve leaflets fusing, stiffening, thickening, or narrowing.

Pulmonary stenosis is the most common valve defect. Another type of valvular defect is atresia, which is more complex than simple and occurs due to a malformation or lack of opening of the valve for the passage of blood.

Among complex CHDs, ToF is the most common. It consists of a combination of four major defects, namely VSD, pulmonary stenosis, overlapping aorta, and right ventricular hypertrophy. The latter refers to an abnormal increase in the muscle mass of the right ventricle, because it has to work much harder than it physiologically should. Priority aorta is when the aorta arises from the VSD between the right and left ventricles.

ToF disrupts the normal oxygenation of blood in the lungs and causes oxygen-poor blood to pump out to the rest of the body.

Infants may also have another coronary artery disease, known as a complete atrioventricular canal defect. Here there is a hole covering the four chambers of the heart. Equally serious, children can be born with transposition of the great arteries, which is the reversal of the normal anatomical position of the aorta and pulmonary artery.

This leads to an interruption of blood flow to the lungs or the body. Ebstein’s anomaly, a tricuspid valve failure that is usually accompanied by ASD, is yet another complex coronary artery disease.

The arterial trunk occurs when there is a large common arterial trunk, as opposed to two separate arteries supplying the body and the lungs with blood. APVC causes oxygen-rich blood to enter the wrong chamber because the veins in the lungs are poorly connected. Surgery is necessary to correct all complex coronary artery disease.