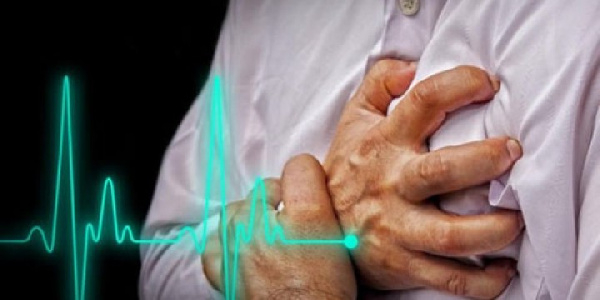 Illustrative photo of a person with heart disease

Rheumatic heart disease is a condition in which the heart valves have been permanently damaged by rheumatic fever. Heart valve damage can begin soon after an untreated or undertreated strep infection, such as strep throat or scarlet fever.

He said it was important as rheumatic heart disease was the common disease that affected the heart in Ghana and mainly affected children between the ages of five and nine.

This disease develops when these children in the age range suffer from sore throats, which are not properly managed.

“So let’s get back to the kids with sore throats and give them the right antibiotics. And if it is confirmed to be caused by a bacterium called hemolytic streptococcus bacteria which the patient needs to be cared for until the age of 18, anything from that would lead to heart surgery at the future,” said Dr Gyan.

“It’s important to take antibiotics as prescribed and to complete them as directed, even if you feel better after a few days.”

The cardiologist explained that people who suffer from heart attacks have risk factors for the disease such as hypertension, cholesterol, high cholesterol, diabetes among others and advised people with such diseases to manage them effectively. taking their medications, exercising, having a proper diet to avoid heart surgery.

Dr. Gyan made the observation in an interview after UGMC performed its first four open heart surgeries, making it the second largest center in the country.

Dr Gyan said the center was going to serve as an alternative to the Korle-Bu University Hospital and as such would make small holes in heart surgeries and Blalock-Taussig (BT) shunts, but would offer advanced heart surgeries.

“Those are things we can do here. But with the complexes because our colleagues from Korle-Bu have more experience, we send those to them to gain the experience that will allow us to do such surgeries,” he added.

Dr. Gyan explained that the Cardiothoracic Center at UGMC aims to train the next generation, take over, do the advanced surgeries and even send surgeons outside of Ghana to gain more knowledge in cardiac treatment and in transplantation.

Dr. Darius Osei, Chief Executive Officer (CEO) of UGMC, recounting the history and current status of the Center, said necessary steps have been taken to ensure that the facility, equipment as well as its operations met the required standards. of the World Health Organization.

He reiterated that the cardio unit at UGMC would complement Korle-Bu University Hospital as many patients needed such services.

Dr. Osei added that the center offers many services and called on people to come forward for any of their services or even for referrals.