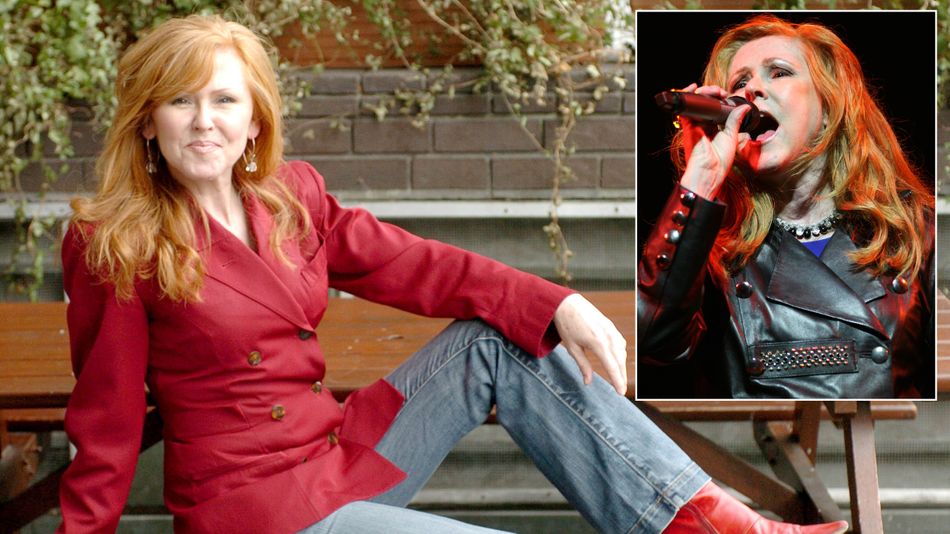 We all know that rushing can divert our attention from the dangers we would normally spot.

Late for a rehearsal, she was running towards the studio when her foot slipped off the pavement, fracturing her ankle in the process. Worse still, when he failed to heal, she was diagnosed with osteoporosis.

“I limped into the studio and finished rehearsal with my leg resting on a stool. I struggled to walk, but somehow I managed to get home. Because I could still move my ankle, despite the swelling, I thought it was just a sprain, so I didn’t go to the hospital.

But when she couldn’t put her full weight on her ankle three months later, she knew something was wrong. An ultrasound detected three hairline fractures and, to her horror, a DEXA scan, which determines bone density, revealed that she had osteoporosis in her hips and spine.

“I was in shock because I was only in my late 50s, had no signs and considered myself to be in good shape,” said Carol, now 64, who enjoyed worldwide success with the single China In Your Hand and other hits.

Shock: Carol, singer of the hit China In Your Hand, had no idea she had osteoporosis

Indeed, the condition is known as the ‘silent disease’ because people often don’t know they have it until they break a bone, according to the Royal Osteoporosis Society. Osteoporosis causes the bones to lose strength and make them more susceptible to fractures. Fractures can occur from minor incidents, like a fall, or even actions like coughing or cuddling.

Around 3.5 million people in the UK suffer from the disease, which causes 500,000 fractures every year, costing the NHS more than £4.5 billion. One in two women and one in five men over the age of 50 will fracture a bone due to this disease.

As we age, the normal processes that underpin bone health become less efficient, causing us to lose more bone tissue than we can build up. “If you think the inside of a bone looks like some kind of scaffolding, the scaffolding posts get thinner, and so does the outside of the bone, so there’s less resistance and strength. “, explains Sarah Leyland, clinical advisor at the ROS, who recognizes that it is more common in women. “We know that women, when they lose the level of estrogen – a hormone that plays an important role in maintaining strong bones – at menopause, there is faster bone loss at that time. .”

Sometimes there is a history of osteoporosis within families and Carol is no exception. “My mum had it,” says the singer, who lives in Oxfordshire with her husband, Richard, with whom she has two children – Scarlett, 23, and Dylan, 19.

In addition to genetics, a diet low in calcium and vitamin D can contribute to weak bones, but Carol doesn’t think that played a role in her case. “Yes, my mum was an egg and chip cooker – certainly nothing fancy – but I don’t think I was deprived of vitamins.

“As I got older and started to find success with the band, I started eating well because I could afford nice things. And now Richard – who I’ve been with for 25 years this year – is an amazing chef. , so I’m very well nourished. I’ve also always been an avid exerciser (exercise helps build strong bones). And for all of these reasons, that’s why I think my condition is genetic.

Family history: Carol, pictured with husband Richard, believes her condition is genetic as her mother also suffered from it

Medication is often given to treat osteoporosis and Carol, who is touring the UK later this year, has been prescribed alendronic acid, a bisphosphonate drug that helps slow bone thinning. “However, after a few months my joints started hurting. The only thing I had changed in my life was that I had started taking the tablets. So I researched the side effects and I noticed that other people were complaining of joint pain while others had a sore jaw that affected their throat. As a singer, I got worried so I stopped taking the drugs. However, he It is important to emphasize that this was my decision and I am not telling anyone else to stop their medication.

Indeed, says Sarah Leyland, “trials have shown that bisphosphonate drugs reduce the risk of bone fracture by up to 50% and for some treatments it may be more.” Also, unlike heart medications such as statins, which can be prescribed for life, these medications are usually only given for five to 10 years and to those most at risk.

In terms of side effects, she says, “Switching to different treatments can help. We advise you to talk to your doctor if you cannot undergo treatment for any reason. Risedronate, for example, sometimes seems to be milder than alendronate. You may also be referred to the hospital for medication as an injection or infusion if the side effects are bothersome.

“Some side effects may subside after a few weeks, so it’s worth taking it for a month or two before deciding it’s not for you. Mild pain with bisphosphonates will usually go away.

Active: Even in her youth (pictured in 1988), Carol says she ate well and exercised

Although her GP wants Carol to stick to medication, the singer was keen to explore other alternatives and discovered Marodyne LiV, a Class 2a medical device, approved by the British Standards Institute, which uses therapy with low intensity vibration to promote bone growth and increase muscle strength. “I stand on it for ten minutes a day, usually before going to bed. I’m going to put it in front of the TV and find it very enjoyable,” Carol says.

The MyBones website, which sells the device for £2,995 including free delivery in February, claims it is “clinically proven to naturally fight osteoporosis and improve bone health”.

“This is backed by extensive scientific research across the world, including two peer-reviewed studies. One study concluded that “low-intensity whole-body vibration therapy can provide significant improvement in reducing bone loss in the lumbar spine in postmenopausal women.” Another found that “low-level vibration can inhibit bone loss in the spine and femur, indicating that low-intensity vibration could be used as a potential non-drug treatment for osteoporosis.”

She adds: “On a follow-up DEXA exam, a client who had broken her femur due to osteoporosis showed that she was no longer osteoporotic. Another’s consultant noted on his DEXA scan: “There has been a clinically significant increase in bone mineral density at the hip since the previous scan.”

For Carol, the device appears to have proven beneficial as she has not experienced any further decline in bone health since she started using it (she underwent another bone scan in 2019). “A medical expert told me that they would have expected that within two years without the drug there would have been a decline, but that’s not the case, which is great news.”

Solution: The singer uses a machine that claims to build bone strength, rather than taking medication

Sarah Leyland explains that vibration therapy has been around for a while. “We think there’s not enough research yet but, of course, we’re very excited for that to happen because we want there to be a lot of different options for people.” Everyone wants a safe and effective way to build their bones and the charity supports any research in this area.

For those who suffer from it, there’s no doubt that exercise is important – and Carol works out regularly. “I like it because not only is it good for my bones, it’s good for my head. I have gear and a TV in the garage. This morning I did some brisk walking with weight on the treadmill.Plus I have a stationary bike and love giving that hell.

She also takes daily vitamin supplements – a packet for bone health, vitamin D and glucosamine for joint health. Despite her diagnosis, Carol says she feels fit as a fiddle and is back now that Covid restrictions have eased. She is particularly looking forward to joining Paul Young and Hue & Cry on the Essential 80s UK tour this fall.

But is osteoporosis at the back of her head as she sways all over the stage? “I never think about it on stage. In fact, the only time I care about it is skiing. Mind you, I’ve always been a careful skier, which is why my husband, Richard, says that I got drunk more often!I can honestly say that osteoporosis doesn’t really have an impact on my life, thank God.

T’Pau is taking part in the Essential 80s UK tour in the fall. For tickets, go to myticket.co.uk/artists/essential-80s
.

For more information on osteoporosis, go to theros.org.uk
.