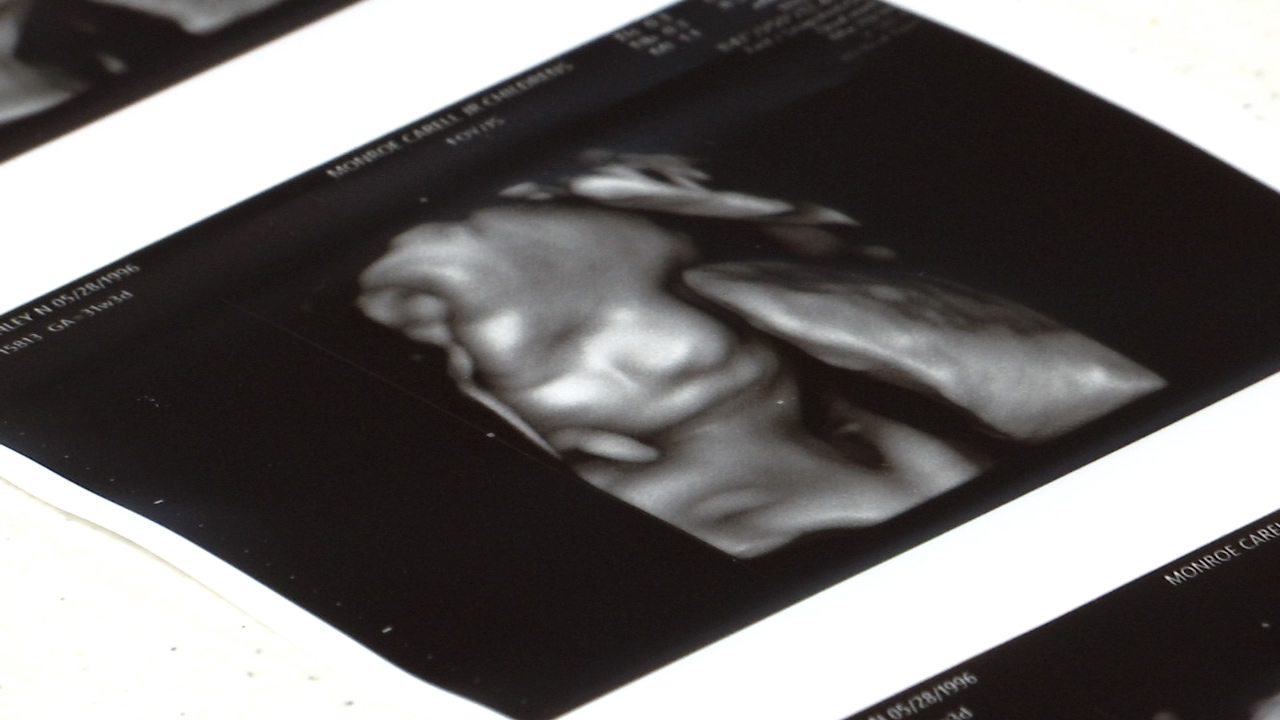 LUTTRELL, Tenn. (WATE) – It was not easy for a Luttrell woman and her husband to conceive their first child, but after two miscarriages in five months, they will welcome their daughter into the world.

The couple will travel to Vanderbilt in a few weeks where the mother will be induced into labor and in the same week her baby will have to undergo at least three heart surgeries.

Ashley Ray’s daughter, Kynsley, will be born with half a heart.

“She has pulmonary stenosis and a leaky valve,” Ashley said. “Everything was fine until 19 weeks and that’s when we got the news of hypoplastic left heart syndrome.”

News no future parent ever wants to hear, but Ashley and her husband Tyler are holding their heads high. According to Tyler, doctors don’t know why or how the baby developed the disease.

“It just happens sporadically. There is no known cause from what we were told. It’s nothing that I did or him and it’s not genetic,” Ashley added.

For the couple, being a parent will be a dream come true. Ashley says she asked several questions about the dismissal before the Supreme Court overturned Roe v. Wade in June.

“It was an automatic no when they asked,” Ashley said. “It’s just not knowing what would happen if I said, ‘yeah, let’s do it.’ I’m 34 weeks and a day, what can I say she’s going to be fine and it’s something I couldn’t live if I did.

Ashley thinks many other women find themselves in a similar situation to the one she took on with this dilemma.

“I was angry. I was mad and then I kept praying. It’s like he took all that worry and everything away and I put all my faith in him,” she said.

Cynthia Ray, Ashley’s mother, raises money to cover expenses while Ashley and Tyler stay in Nashville two weeks before her induction date at the request of her doctors. She also describes her daughter as very brave.

“I just didn’t want them worrying about their bills here and worrying about not having a place to take her home,” Cynthia said. “So I started a fundraiser for the shirts, but I felt like it wasn’t enough, so I started the GoFundMe. I know we’re not going to hit the 10 mark. $000, but every little bit counts.”

6,000 people attend the 20th anniversary of “Shoes for School” in Knoxville

When asked if she was wrong.

Holding back her tears, she replied, “Glory to God.

It’s unclear how long the family will be away from home due to planned surgeries for baby Kynsley.

Some children’s hospitals consider hypoplastic heart syndrome to be one of the most complex heart defects seen in newborns.

To donate to the family, please visit the GoFundMe page, Her Fight is Our Fight Fundraiser.