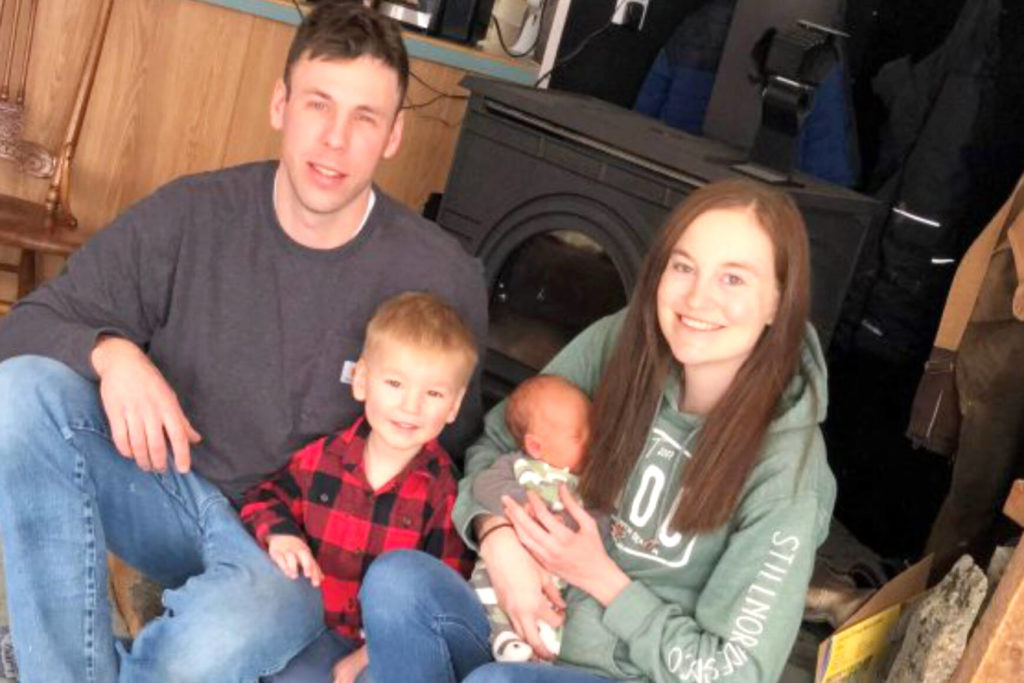 Shina Biblow always knew she would have to have open heart surgery one day, she just never thought she would when she was four months pregnant with her second child.

Unlike her classic first pregnancy a few years prior with their son Morris, Shina almost immediately developed health issues that would require complex, high-risk heart surgery at St. Paul’s Hospital when she was just 15. weeks of pregnancy.

In a sense, Biblow’s story began 32 years ago. She was born with a narrowing of her aortic valve, the main blood vessel leaving the heart. She had to be operated on for this when she was a child.

The condition meant that at the age of 18, she became a member of the Pacific Adult Congenital Heart Clinic (PACH) at St. Paul’s Hospital, a multidisciplinary team that follows adults born with heart disease.

Malaise from the start of pregnancy

Along with not being able to play some strenuous sports, Biblow led a normal life, including an uneventful first pregnancy and the birth of their eldest son, Morris.

This second pregnancy was different.

From the start, she felt bad. “I was nauseous and tired, my heart was racing and I had what I call hot flashes,” she says. “I just assumed they were caused by a surge of pregnancy hormones.”

She received treatment in the emergency department of Cariboo Memorial Hospital.

“That’s when they found out I was going to have heart failure.”

Calf cramps followed – also a symptom of pregnancy, she thought. When she developed itchy red spots on her body, she became alarmed.

“Things only got worse,” Shina said.

The breathing was so difficult that she couldn’t even take care of her toddler. When she called a nurse from the PACH clinic, she exploded into a coughing fit.

Dr. Marla Kiess, a St. Paul cardiologist and founder of COB, followed Biblow via Zoom to monitor heart palpitations, shortness of breath and other symptoms.

As they persisted, Dr Kiess ordered the local hospital to airlift her for further care at the Royal Inland Hospital in Kamloops on August 12. There, his heart rate soared to 190 beats per minute. A normal rate is 60 to 100.

Tests found growths on her aortic valve, suggesting a bacterial infection: serious in any patient, more so in a pregnant woman.

She and her team arranged for the transfer from Biblow to St. Paul’s, the only center in British Columbia for complex cardio-obstetrics cases like this.

Surgery poses a great risk to the fetus

“It was scary,” says Biblow. “But it had to be done if we wanted to keep the baby and save my life.”

The risks were high. “This stage of gestation is a critical period in the development of the baby, because many organs are developing,” says Dr. Kiess.

In surgery, Biblow would be supported by a heart-lung bypass machine, which would reduce blood flow to the fetus and risk malforming organs. Alarmingly, this would lead to a 40% risk of the baby dying, says Dr Kiess.

Due to the complexity of the case, her care team began extensive planning to anticipate potential responses to the mother and baby’s issues. It included nurses and doctors from cardiology, anesthesia, surgery, infectious diseases, intensive care and obstetrics. Zoom has proven invaluable.

Her husband Tyson, a millwright at Gibraltar Mine, rushed to Vancouver to be with his wife, narrowly crossing Coquihalla Pass before it was closed due to last summer’s wildfires.

On August 18, Dr. Bashir and his team successfully implanted a mechanical aortic valve to replace the badly infected one. The good news was that a mechanical valve (unlike a corpse valve) would never have to be replaced. The bad news was that it increased Biblow’s risk of clotting. She would need blood thinners for the rest of her life.

These drugs carried risks to the fetus, so Dr. Anna Rahmani and Dr. Tony Wan of St. Paul’s Thrombosis Clinic were also part of her care.

The Saint-Paul teams then followed her post-operatively to monitor her with the new valve and the pregnancy.

The birth is approaching

As her due date approached, her team wanted her in Vancouver near the hospital several weeks earlier to attend to her cardiac and obstetrical needs. Registered Nurse Karen Sandhu, Maternity Complex Care Coordinator, and Amy Graham, COB RN, oversaw many of the logistics around this chapter, as did PACH/COB social worker Kassandra Maxwell.

“I coordinated with her St. Paul obstetrician, Dr. Nancy Matinko, and the virtual visits Shina would have with her,” says Sandhu.

Amidst it all, Merritt arrived on January 24 at 38 weeks gestation, weighing six pounds and four ounces. “With all the meds I was on, they were expecting a smaller baby,” Biblow proudly says. He is healthy and well.

The family is now at home on their ranch, enjoying life in the Miocene.

Shina has regular virtual visits with St. Paul teams, including COB and the Thrombosis Clinic.

She and her husband Tyson are grateful to the vast team of doctors, nurses, social workers and many others at St. Paul who helped her and her baby survive heart surgery in risk and to accompany her during childbirth and postpartum care.

“Even though everything that was happening was very scary and we didn’t know what the outcome would be, our faith and the prayers of our family and friends, and the care of the St. Paul’s team are what that got us through the experience. ”

With files from Providence Health Care