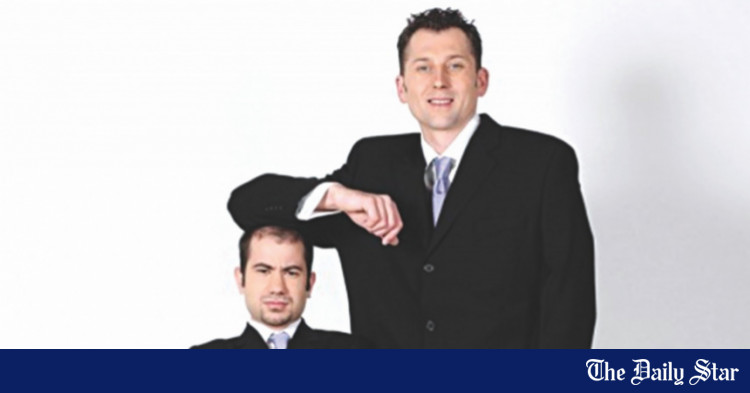 However, they are at increased risk for peripheral neuropathy, skin and bone infections, according to research conducted at Rocky Mountain Regional VA Medical Center in the United States.

For all the latest news, follow the Daily Star’s Google News channel.

The study, led by Sridharan Raghavan, found that a person’s height increases and reduces their risk of contracting various diseases, as height is one of the factors associated with a range of common diseases, including heart disease and the cancer.

“We conclude that height may be an unrecognized, non-modifiable risk factor for several common conditions in adults.”

Researchers have previously struggled to determine whether a person’s height puts them at health risk, or whether factors affecting height, such as nutrition, are more likely to be the reason.

In the new study, published in the journal PLOS Geneticsthe researchers separately looked at the links between different health conditions and a person’s actual height, and the links to their predicted height based on their genetics, The Guardian reported.

Genetic and health information from more than 200,000 white adults and more than 50,000 black adults from the VA Million Veteran Program has been analyzed in the largest study to date on the link between height and disease.

The researchers looked at more than 1,000 conditions and characteristics based on the information and confirmed the findings of earlier smaller studies that being tall poses a higher risk of diseases such as atrial fibrillation and varicose veins, and a risk lower coronary heart disease, high blood pressure. blood pressure and hypercholesterolemia, The Guardian reported.

They also found that being taller was a factor behind a higher risk of peripheral neuropathy, which is caused by nerve damage to the extremities, as well as skin and bone infections, including leg and foot ulcers.

The researchers noted, however, that further studies in a more diverse international population were needed to clarify some of the findings.