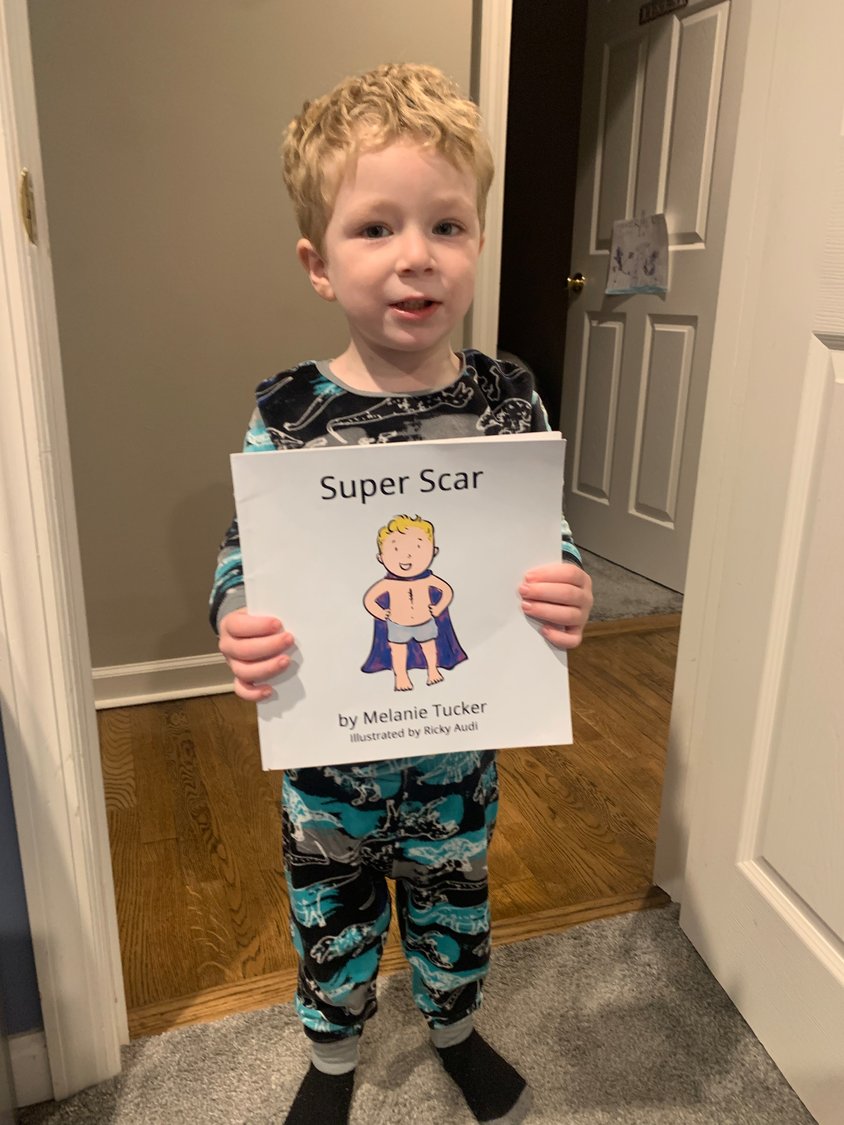 A South Merrick resident and mother of two, Melanie Tucker always knew she wanted to write a book on congenital heart disease after her son Asher was born with Tetralogy of Fallot four and a half years ago. Last year, ahead of his third open-heart surgery in October, Tucker wrote a children’s paperback picture book, “Super Scar,” which was released in August.

“[Congenital heart defects] are more common than people realize,” Tucker told the Herald. “Any baby can have one – and it doesn’t have to be genetic.”

Tucker, who works in publishing, has a coronary heart disease called bicuspid aortic valve, so there was a higher chance that her children would have one too. She and her husband, Seth Tucker, discovered that Asher was allegedly born with a heart defect during his 20-week checkup. Their eldest son, Levi, 5, has a normal heart.

According to the Centers for Disease Control and Prevention, coronary heart disease affects 1% of all births in the United States, or approximately 40,000 infants per year. There are more than 40 known types of heart defects, notes the Children’s Heart Foundation. The CDC website states that approximately 1 in 4 of these defects are considered critical and are a leading cause of childhood illness and death associated with birth defects. Many can be detected before birth, and with proper treatment and monitoring, children are often able to lead normal, healthy lives.

Tucker said it was helpful to know Asher’s condition before she was born because even when she was in shock, she and Seth were able to prepare for her birth, meet with doctors, and learn more about defects.

Tucker’s motivation for writing the book was simple: As he got older, Asher became more aware of the scar on his chest from his operations. “Super Scar” tells the story of a young boy who has a scar from heart surgery. Although he may face challenges, the scar reminds him of how brave and special he is.

“I wanted an easy way to explain to her that yes, her heart is different,” Tucker said. “That’s why I had the idea to do this book. Now [Asher] has this super scar on his chest, and it gives him superpowers and confidence so he can handle anything going forward.

Tucker self-published the book through Amazon, where it is available for purchase, and hired a freelance illustrator to create the images. Promoting the book on Facebook, she said reviews have been positive so far. “One person said it was a big confidence boost for their child who has a similar scar,” she noted.

Seth Tucker said they were already seeing the positive effects of the book at home: Levi understood his brother’s differences. “He’s naturally curious,” Seth said of Levi. “When Asher came home from his last operation, he was very encouraging. He is an older brother who supports us a lot.

“I wanted my son who is older and sees his scars clearly to understand that there are people with this,” Melanie added.

“Super Scar” is “very basic”, according to Melanie, who said the intended audience would be children aged 3 to 6. “Nothing is too detailed to go over their heads or scare them off,” she said.

She donated copies of the book to patients at New York Presbyterian’s Morgan Stanley Children’s Hospital in Manhattan, where Asher underwent most of his surgeries.

For him and other children with CHD, “Super Scar” is about building confidence. “My motivation was for him to see a representation of himself in the book,” she said. “It shows how brave and strong he is.”