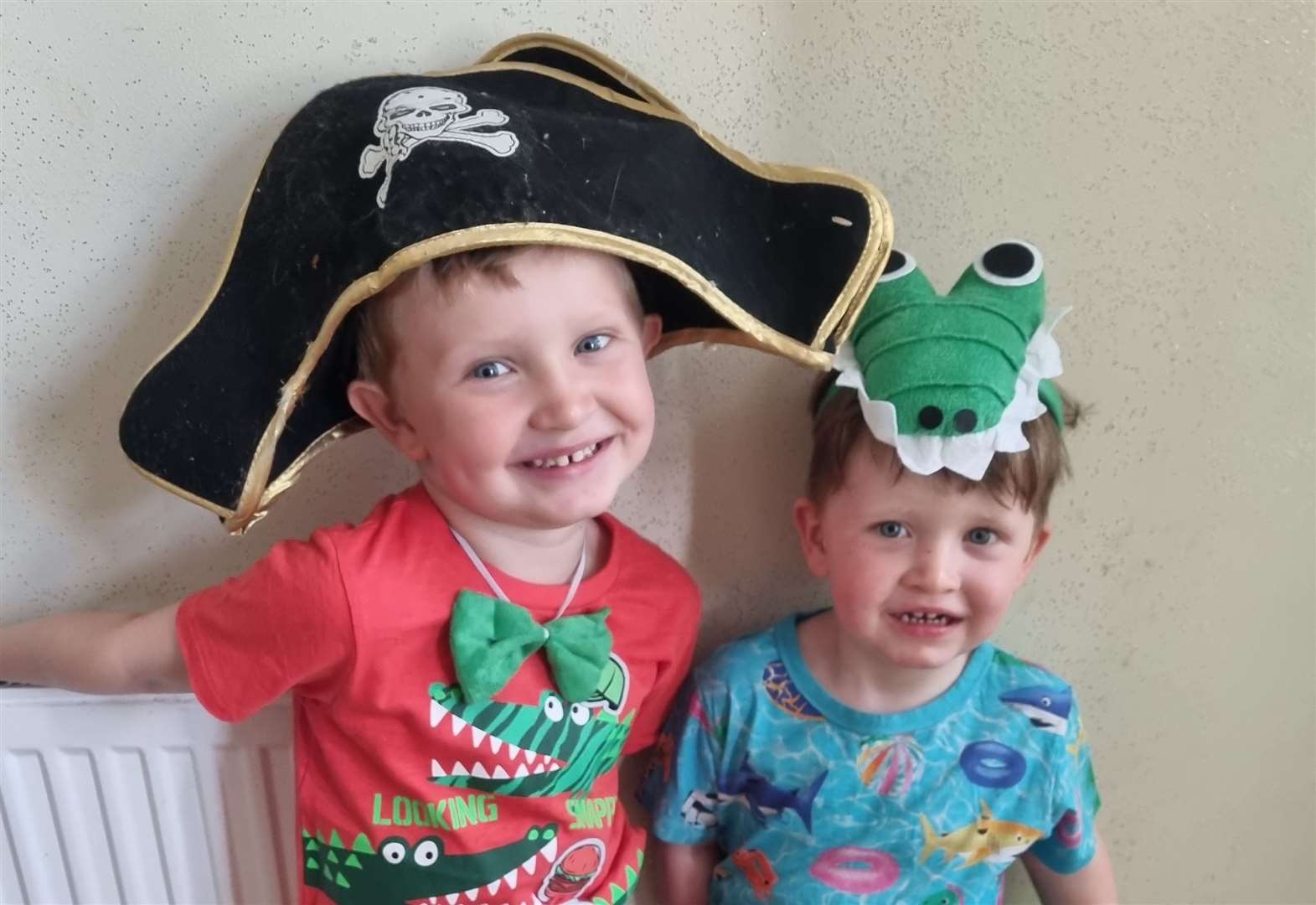 A mother of two has spoken of her traumatic experience after nearly losing her six-month-old son to an undiagnosed heart defect.

Shona Boyle, 30, of Cromer Road, Strood, then had to relive the nightmare with her second son a few years later.

Older brother Callum had a hole in the heart (VSD) at birth which was not detected in any CT scan, meaning Shona and her husband Terry, 53, had no idea of â€‹â€‹his condition.

It wasn’t until the toddler started to refuse his milk that Shona thought something was wrong.

She said: “I had to feed him every hour and he was sick. We would come and go to our GP saying something is wrong, he is not taking his milk.”

The four-year-old was born at a healthy 9.5 pounds, but quickly began to lose weight, dropping him into the 21st percentile of the babies’ weight chart.

He then started to get the bruise on his upper lip and had difficulty breathing, with the family being sent to Evelina Children’s Hospital in London.

It was then that they learned that their son had heart failure and a fairly large hole in his heart.

Shona said: “It was lucky we brought him because in a week he would be gone.

“It was a shock. I thought I was going to lose my little boy.”

Callum was in Evelina’s care for a month as they worked to regain his weight for surgery by feeding him through tubes through his nose, which was successful and left him recovering for a week or two. .

The family’s angst continued when their youngest son, Jacob, underwent similar surgery a few years later to repair a hole in his heart caused by Tetralogy of Fallot (TOF).

TOF is a birth defect that affects blood flow in the heart. It is made up of four defects, including VSD, pulmonary stenosis, ventricular hypertrophy, and an enlarged aortic valve.

The disease can cause multiple problems, which means little Jacob may need more surgeries as he gets older.

Shona said her experience with Jacob was more complicated but was made easier by her existing knowledge of the disease.

Like his older brother, Jacob, now two, underwent surgery at the age of six months to repair the hole in his heart at Great Ormond Street Hospital and only stayed there for five days, convalescence included.

The self-employed mother recalled how worried she was when he was born and came in and out of his room every night to make sure he was okay and breathing.

She even wondered if it was better to know and added, â€œI was so relieved when he had the surgery and thought I could relax. It was history repeating itself. mind, I thought everything could go wrong. “

The family is hopeful that the other blemishes will correct themselves as he gets older, as there is now less pressure on his heart after the operation.

Shona continued, “You won’t notice there was anything wrong with my kids. My boys are so hyper.”

The two students at St Andrews Nursery School, Rochester, are doing well physically now and are taking exams with a specialist at Medway Hospital.

The mother is now fundraising for Great Ormond Street by decorating her house for Halloween.

She said, “My gratitude is not enough.”

The one stop shop across the street has a charity jar and Shona has a just give the page.

Read more: All the latest news from Medway

To keep up to date with all the latest developments with your local hospitals and other health stories, click here.