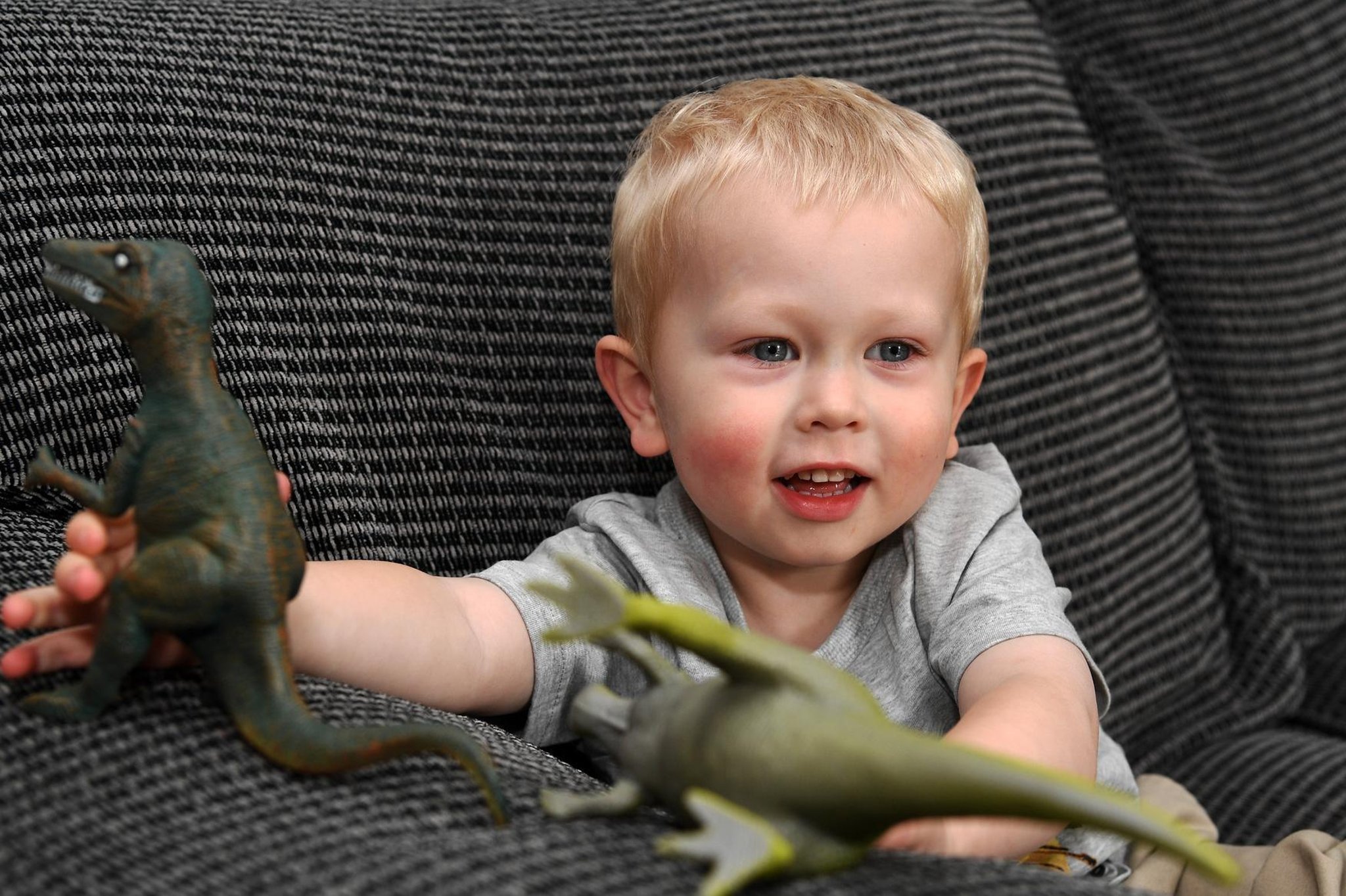 Ruben Higgins was born with a coarctation of the aorta.

The condition is a birth defect in which part of the aorta is narrower than usual.

Register to our daily newsletter

The newsletter mute the noise

If the stricture is severe enough and left undiagnosed, the baby may have serious problems and require surgery or other procedures soon after birth.

Ruben’s condition is very rare and only affects around 1 in 2,500 babies.

For Ruben, his diagnosis – anticipated by quick-thinking doctors and nurses at Leeds Children’s Hospital – required almost immediate surgery on his heart just days after he was born.

Ruben lay on the operating table for more than six hours, fighting for his life as surgeons repaired his tiny heart.

Ruben was operated on just a few days

He loves toys and trains and especially dinosaurs – he celebrated his birthday with a themed party last week.

Speaking to YEP to mark her ‘heartfelt birthday’, Laurie described her pride at her incredible recovery.

She said Ruben loved showing off his “Superman scar” to everyone and began to understand the incredible journey he had been on.

“He tells everyone he sees,” Laurie said.

“Ruben is so proud of his scar. He’s like any other little boy, you would never know what he went through.”

Laurie was born with a hole in her heart and doctors feared Ruben would have complications with hers during the pregnancy.

“There were suspicions while I was pregnant,” Laurie said, “but we didn’t find out until she was born.”

Ruben was rushed straight in for ultrasounds after the birth.

Laurie said it was quickly determined that he would need surgery.

“We were worried of course,” she said.

“It’s definitely the hardest thing we’ve been through as a family.”

Ruben spent six hours on the operating table when he was less than 72 hours old.

Fighting bravely against all odds, Ruben has recovered from his surgery and despite having his heart checked annually, he is thriving.

He loves nothing more than playing with his trains and dinosaurs and is doing well in all aspects of his life according to mom Laurie.

Ruben recently turned three and the family celebrated his birthday with a dinosaur-themed birthday party.

Inspired by her son’s incredible, determined fight against his condition, Laurie has now started raising money for the Yorkshire-based Child Heart Surgery Fund, which has helped her family throughout.

Although she gave birth to her second child just three months ago, Laurie is now ready to take part in the Great North Run to continue her fundraising business.

To support her by donating, click here to visit her fundraising page. .

“CHSF’s support of the incredible staff, equipment and facilities behind treatment for Ruben, and so many others like him, is only possible through public donations.

“If you, your friends and family, or your workplace can help us in our vision of supporting hearts for life, please reach out.”

More information on supporting CHSF and donating is available at chsf.org.uk.