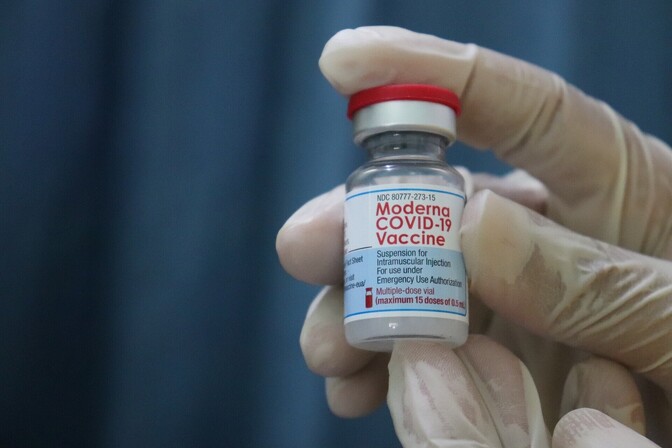 By: Mary S. Smith
In: Heart diseases
With: 0 Comments

Sweden announced on Wednesday that it would stop giving Moderna vaccines to people aged 30 and under. Swedish health authorities followed their example on Thursday and do not recommend the Moderna vaccine for men under 30. vaccine.

Denmark, however, will stop giving Moderna vaccines to people under 18, also highlighting a risk of myocarditis, which is still very rare.

According to specialists, the actions are preventive and the risks of developing myocarditis and pericarditis following vaccination are very rare.

The Estonian Medicines Agency has announced that no cardiological side effects have been reported in men under 30 in Estonia. The agency is aware of a case in which a 40-year-old man developed myocarditis one month after receiving his first dose of Pfizer / BioNTech vaccine and the vaccination relationship cannot be ruled out.

â€œAs far as we know, myocarditis and pericarditis have developed following the second dose of mRNA vaccines (Pfizer / BioNTech and Moderna), mainly two weeks after vaccination. Therefore, it is recommended that you monitor your health for at least two weeks after. If you experience bothersome and persistent chest pain, difficulty breathing or palpitations after receiving an mRNA vaccine, you should see a doctor, â€he said. ‘agency.

The Medicines Agency added that current data does not indicate any noticeable difference in myocarditis or pericarditis following vaccinations against the systemic illness. With prompt diagnosis, diseases can be treated with rest, and pain relievers are usually sufficient.