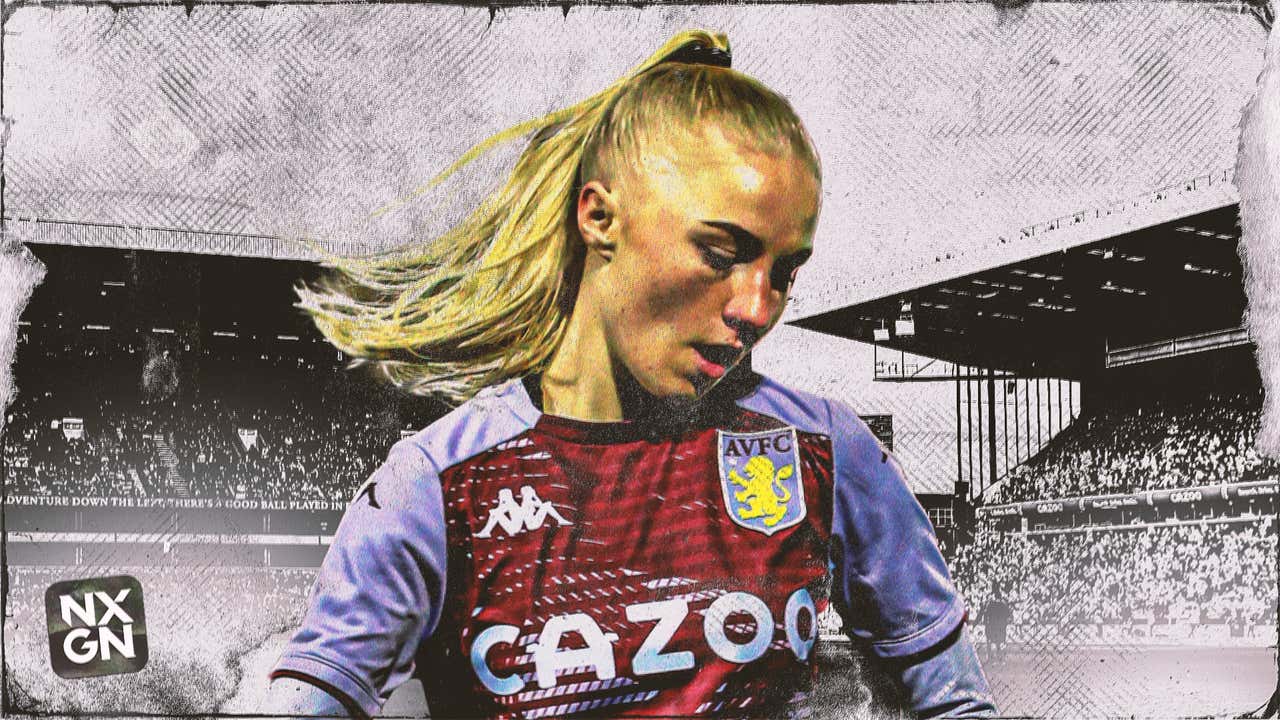 “The feeling when I thought, ‘Oh, maybe I couldn’t play’… It’s one of the worst feelings ever.”

Laura Blindkilde Brown vividly remembers the moment she found out she might have to stop pursuing her dream of becoming a professional footballer.

After testing the midfielder’s noticeably rapid heartbeat, she was diagnosed with a condition called supraventricular tachycardia and told she might need to have a pacemaker fitted. If so, it would prevent her from enjoying the game she fell in love with as a young girl, influenced by her football-mad brothers and her father, a coach.

Fortunately, it wouldn’t come to that. Blindkilde Brown would need heart surgery, but the fact that it was keyhole surgery meant her recovery was much quicker and ultimately meant she could also return to field.

Fast forward a few years and this setback is part of the journey that has forged one of England’s most exciting young players, who is set to feature for the Young Lionesses in this month’s European Women’s Under-19 Championship- after leaving his mark on Aston Villa’s first team last season.

It’s been a whirlwind campaign for the 18-year-old. After signing her first professional contract last September, she scored her first senior goal in December, signed a post-Christmas contract extension that will see her through the summer of 2025 and was named the club’s Young Player of the Season.

“Laura has been fantastic in training and in games,” Villa head coach Carla Ward said after her goal against Sunderland at the end of last year. “We had a lot of questions about her loan. We thought about it, but what she is doing there is giving us a headache.

“She’s been sensational and she’ll get better and better.”

Discover the best wonderkids in football with NXGN:

No wonder Ward was impressed. When Blindkilde Brown takes the ball, she shakes things up. She has that ability to control a game from a deeper role or, when pushed further, to contribute with goals or assists for her team.

“I want to be more of an impact player,” said the England youth international, who is also eligible for Denmark through her mother. OBJECTIVE. “As much as I want to help, I also want to score goals and help the team win.”

With this desire to change the game, it’s no surprise to hear who the player she “wants to be” is. “I’ve always loved watching Kevin De Bruyne play,” she adds. “The way he helps but also scores…I just think he’s such a good player.”

It was with Villa that Blindkilde Brown began the path that brought her to this point. Spotted at school by a coach who worked for the club, she was soon put on trial with the U9s and, despite believing no one ‘expected’ her to come in, she did. .

“[The coach] I just thought I had something and decided to commit,” she recalled. He was right – and now, 10 years later, the first team is reaping the rewards.

After a brief stint at city rivals Birmingham, where she made her senior debut aged 16, Blindkilde Brown excelled at Villa academy on her return to earn opportunities under Ward.

It was surreal to get those chances, too. She played alongside England icon Jill Scott, a player she was used to watching grow up, and against someone she “always looked up to”, also Arsenal midfielder Kim Little.

“Having more regular playing time and just playing against some of the best players has helped me a lot,” she explains. “I think it helped tactically more than anything, and having players by my side giving me information.

“This year my out of possession [work] probably has [developed the most] Because some of the teams we’ve played against, they’ve had so much ball and it’s so different tactically to what it was at the academy. You have to read people’s movements.

It’s not just Villa who benefit from Blindkilde Brown’s continuous improvement. Introduced to a youth team camp by England when she was just 13, the midfielder has been a fixture ever since and featured earlier this year as the U19s qualified for the Euros. ‘summer.

“Once you’re there, wearing an England shirt, it’s really surreal,” she said, recalling her first game for the country. “Think that’s what you did… You put yourself there… It’s crazy.”

It’s something she and her whole family are proud of, although many of them would like her to wear a different shirt during international breaks.

The Danish Football Association have been in touch with her to represent the country she visits every year before the summer and every two years at Christmas – but the teenager’s ambition is to play for England at the senior level.

She changed to represent this side of her family, changing the name on the back of her shirt from “Brown” to “Blindkilde”.

“I really like the name,” she laughs. “But also my Danish family don’t see me playing football much, not as much as my English family, so almost having it on the back of my shirt was something they could have as part of me in football too. .”

With Denmark not at Euro U19 this month, at least there won’t be any split loyalty in the family as the Young Lionesses aim to do what the seniors are also aiming for next month and triumph .

“We want to be one of the first age groups to win the Euros,” says Blindkilde Brown, ending the conversation with OBJECTIVE outlining the short and long term goals she has.

Playing in the Champions League is one for further down the line, in addition to being an international in its own right. With the ability of this 18-year-old, anything is possible.

2022-06-26
Previous Post: CHRONICLE: The diagnosis of melanoma is a dramatic alarm signal
Next Post: Why heart disease is on the rise among young Indians