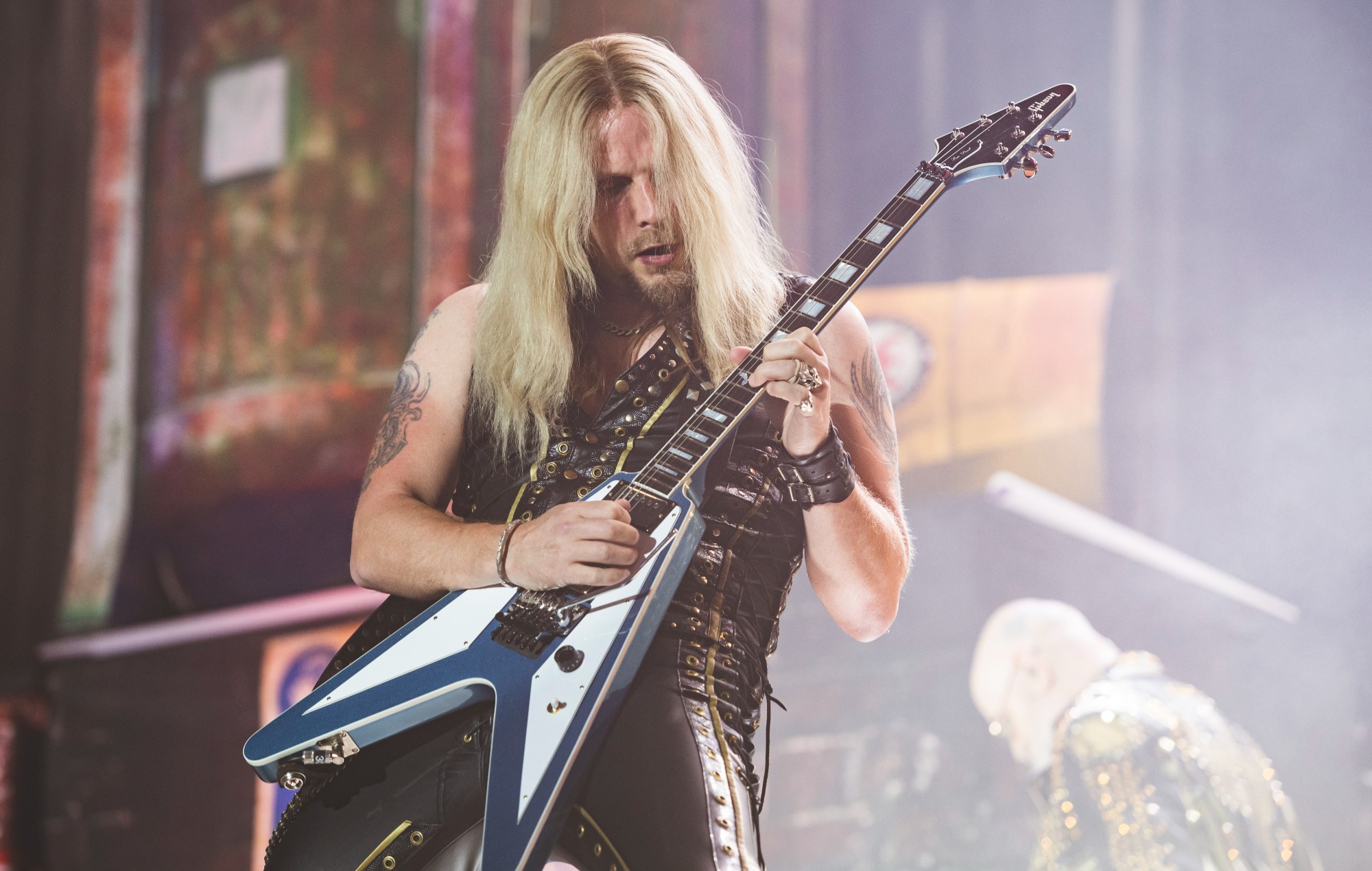 Judas Priest’s Richie Faulkner has revealed that he is currently recovering from his second open-heart surgery.

Sharing the health update via social media on Tuesday (September 27), the guitarist revealed he had the surgery six weeks ago, following the European leg of Judas Priest’s current world tour. “Just before our European tour,” Faulkner recalls, “the scans showed a hole in one of the connections between the synthetic graft and my own aorta.”

Faulkner went on to explain the condition, writing that “blood from the leak formed an 8cm sac that surrounded [his] heart.” The guitarist explained the procedure, saying doctors were able to “remove the bag and fix the leak.” Now, weeks later, Faulkner says he “feels good and strong” and “looks forward to to take over the next jaunt from the metal band’s ongoing tour.

Faulkner accompanied the update with a video of the crowd at last year’s Louder Than Life music festival. The festival was the site of Faulkner’s first heart complication, having suffered an aortic rupture on stage while performing alongside Judas Priest. Faulkner addressed the incident – which required emergency surgery in September 2021 – in the accompanying caption.

“It’s crazy how one minute you listen to the crowd singing ‘War Pigs’… the[n] then it turns out that was almost the last time I would hear it… Unbeknownst to me, there were things going on under the surface that were about to literally explode,” Faulkner wrote. The guitarist then recovered from this operation and was allowed to resume touring with Judas Priest for the rest of the year.

While the European dates of Judas Priest’s 50 Heavy Metal Years tour remain uninterrupted by Faulker’s recent surgery, the band have been forced to scrap their scheduled appearance at the Aftershock Festival next month. Faulkner will join Judas Priest for their next series of shows across the United States, which will begin in Connecticut on October 13 before concluding in Texas at the end of November.

Faulkner’s health complications follow those of Judas Priest’s teammate Rob Halford, who revealed last year that he had been diagnosed with prostate cancer. The singer received treatment for cancer in May 2021 and said in October he was in remission.

2022-09-29
Previous Post: Up to 80% of heart disease can be prevented by adopting good habits
Next Post: Study, Health News, ET HealthWorld