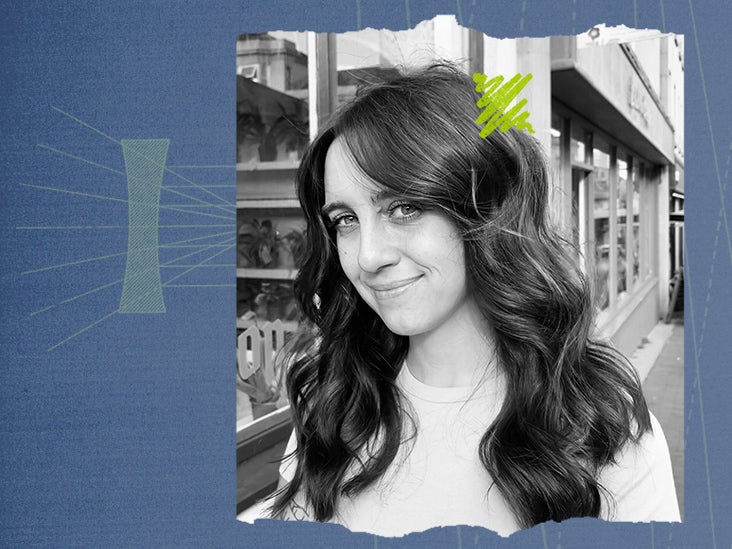 There was absolutely no warning before the seizure. One moment I was trying to open a door and I felt a little weak, and the next thing I knew I was taken to the hospital by an ambulance. I lost almost an hour of memory and have no recollection of what happened.

My colleagues told me that I fell into a perfect recovery position, and then there was a lot of shaking. Once that stopped, I was sort of “awake” walking aimlessly and even giggling. It made me uncomfortable hearing this story, and I didn’t want to know too much about what had happened.

At the hospital, they did some tests, and I was told it could be an isolated seizure, which can happen to anyone once in their life. To be honest with you, it didn’t matter. I felt great that same afternoon, so I brushed off that experience and moved on.

I wanted to be positive and absolutely didn’t want to have epilepsy. I always assumed this was a condition that people developed during their childhood, so how could I suddenly develop it now?

One afternoon, about 10 months later, as I was walking outside, I suddenly started to feel very scared, as if I was about to lose control of my body. I knew something really bad was about to happen and I didn’t know what to do.

I looked around, but there was no one in the street. I was completely alone. I felt a huge panic and started to walk very fast. I didn’t know what was going on and panic was mounting.

Now, knowing more about epilepsy, I know that feeling of extreme dread was a symptom called aura that some people feel before having a seizure.

The smart thing would have been to sit down rather than keep walking, but I couldn’t think clearly. I had never felt this in my life.

I woke up about 50 minutes later – again, in an ambulance. Because I was walking so fast during the seizure, I fell very hard, hitting my face on the hard concrete pavement.

I was bleeding on one side of my face and could feel the taste of blood in my mouth. My lips were swollen, but luckily I didn’t lose any teeth.

The paramedics asked me if I knew my name, what day it was and the other usual questions. I was definitely in shock as I started taking selfies of myself and my bruised face so I have this whole collection of selfies in the ambulance. I even make faces in some of the photos, so they’re pretty funny.

I was told that there were six people looking after me who called the ambulance and waited with me. Apparently my seizure lasted about 25 minutes. I am very grateful to these nice strangers for helping me. I’ve never seen anyone have a fit, but I can imagine it’s pretty scary to see.

I spent about 7 hours in the hospital that afternoon. I had an ECG and other tests and consultations with different doctors and nurses.

That evening I was to go to my favorite Italian restaurant to have dinner with a friend of mine. She came to see me at the hospital, and when I got out I was really hungry, so we walked right in there, and I sat in this restaurant with my face swollen, eating a bowl of spaghetti. . Can you tell that I’m someone who doesn’t like to change their plans?

In the weeks that followed, I was referred for a CT scan and MRI, and had several doctor’s appointments to discuss what had happened.

I clearly remember a conversation I had with my epileptic nurse one morning at 8 a.m. It was a check-up. We were discussing my condition and she asked me what I knew about SUDEP.

I had never heard of it before. She explained that SUDEP meant sudden and unexpected death from epilepsy and asked if I wanted to know more, insisting that every person with epilepsy should be informed. It was one of the worst mornings I have ever had.

After all these tests and appointments, my neurologist finally diagnosed me with epilepsy, as suspected, and I was put on antiepileptic medication. It was probably the most difficult part of the whole experience, because the medication made me really drowsy, and it was difficult for me to stay focused when I was at work.

I decided to quit drinking alcohol altogether, because I didn’t like it too much anyway, and I didn’t want to mix it with my meds. Oddly enough, for some people I knew, quitting drinking was the hardest thing to figure out.

People would say things like â€œMy friend has epilepsy. He drinks all the time and he’s fine, â€but I made my own decision. I understand that some people with epilepsy drink alcohol, but for me it is not worth it.

Whatever your condition, there will always be people who don’t take it seriously. They might dismiss it or act like you are dramatic.

Within a few months, I started having a horrible migraine. Adjusting to the side effects of my new medication, having regular migraine episodes, and coping with the new diagnosis was difficult to deal with, especially with no family nearby.

Around this time, I started to have mental health issues. I developed anxiety, and whenever I felt anxious, I kept thinking that I was about to have a seizure. I was too careful. I decided to go to therapy, where I was able to regain my confidence and stop the catastrophic thoughts I continued to have. I also changed my meds and decided to take a much lower dose which worked so much better for me.

It has been 6 years since my last seizure and 6 years since taking epilepsy medication. I am at the stage where a lot of people choose to wean off their medication for good.

It’s pretty scary to do this, as it increases your risk of having seizures again, and if you have one later on you may have to start the treatment again, but I think it’s worth doing. to try.

I feel lucky enough, because when I was diagnosed with epilepsy I was afraid of having constant seizures, but it never happened and my life didn’t really change. I avoid flashing lights and have migraines at least twice a month, but it could be a lot worse.

Sometimes I still feel anxious about my condition, but now I know how to handle it. Epilepsy hasn’t stopped me from enjoying my life and doing the things I love.