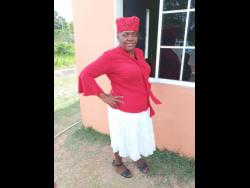 Evadney Morrison, a 53-year-old Clarendon resident, needs urgent heart surgery to clear blocked arteries and restore a sense of normalcy to her life, after experiencing a roller coaster ride for the past five years.

The condition, known medically as atherosclerosis, is a thickening or hardening of the arteries caused by a buildup of plaque in the inner lining. Some risk factors may include high blood pressure and diabetes.

Although unable to pinpoint when she developed the condition, Morrison said she began experiencing symptoms including a persistent cough, wheezing, shortness of breath and chest tightness a few years ago.

The symptoms worsened every two to three months and her doctor later revealed they were evidence of heart failure.

Diagnosed with high blood pressure in 2008, by 2015 Morrison was blacking out periodically and suffered a mild heart attack.

Prior to these issues, she was also diagnosed with diabetes.

During an interview with the gleaner on Wednesday, she said she was unable to do basic household chores, such as laundry, cooking and cleaning, and had to hire someone to undertake them.

“Even if I pass by the stove and cook, I can’t get up [for long]. I can’t do a lot of bending either,” she revealed.

Morrison, who has been in and out of hospital since last year due to the severity of her symptoms, is now appealing to Jamaicans to help fund her $2million surgery, which is expected to be performed at the University Hospital of the West Indies, St Andrew.

So far, she has managed to save just over $100,000 through her own fundraising efforts, such as frying fish and raising and selling poultry meat.

As time passes, she fears that these efforts will not raise the necessary funds quickly enough because she wants to do the operation as soon as possible.

“I am really in need. I am struggling to find the funds. Anyone who reads the news and can help, I would be very grateful,” she said.

Although a date for the surgery has yet to be decided, Morrison is due to visit his cardiologist on July 1 for an update.

She also admitted that it has been difficult for her to keep up with her medications, as one of the many medications she was prescribed costs $8,000, while another costs $24,000 and needs to be purchased every two months. to relieve heart constriction.

Fortunately, some friends have contributed to the purchase of medicines, while some medicines are provided by the hospital.

With two grandchildren – aged five and seven – to care for, she hopes to be able to live for them a little longer and be as healthy as possible to look after them.

Morrison’s grandchildren are the survivors of a domestic attack that claimed their mother’s life nearly three years ago.

Sherry-Ann Morrison, 24, died in July 2019 after being sprayed with a corrosive substance at their home in Four Paths, Clarendon.

The children had to be hospitalized after suffering burns.

“Sometimes to be honest when my sickness gets to me I just pray to God and ask God to help me get through it so I can see them through because they really don’t have anyone on their father side who stood up for them and made sure they were eating and drinking, so I have to do my best,” she said.

Her husband has also been off work since January after undergoing surgery to repair a hernia and has therefore been unable to help her financially.

How you can help