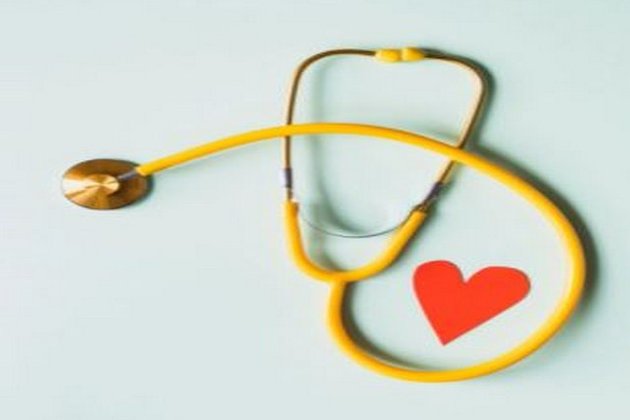 Washington [US], Aug 21 (ANI): Cardiovascular genetic testing in children presents unique challenges, requiring pre- and post-test counseling with an individualized approach for families, ideally with the participation of a specialized interdisciplinary team, according to a new study by American Heart Association Researchers.

The results are published in the journal of the Association Circulation: Genomic and Precision Medicine.

Scientific statements represent the synthesis of data and a consensus of leading experts, designed to fill gaps in the guidelines.

This is the first scientific statement from the American Heart Association providing specific advice on genetic testing for cardiovascular disease in children. In addition to previous statements issued by the Association on Genetic Testing Primarily Focused on Adults, it was important to release a statement focused on pediatrics recognizing that children and their families face unique challenges specific to pediatric genetic testing. , according to the statement drafting group. .

â€œIt is increasingly recognized that a genetic test is not just a blood test to which you get a yes or no answer. With this statement, we illustrate some of that complexity, especially with regard to cardiovascular disease transmitted from parents to children, “said Andrew P. Landstrom, MD, Ph.D., FAHA, chair of the statement writing group, pediatric cardiologist, cardiovascular geneticist and assistant professor of pediatrics and cell biology at Duke University School of Medicine in Durham, North Carolina.

Landstrom added, â€œWe provide consensus recommendations on best practices and principles to help healthcare professionals determine when cardiovascular genetic testing is appropriate in children, emphasizing the need for a multidisciplinary approach to family counseling before and after the test, and we raise the importance of proper follow-up. The statement drafting group noted that pre-test counseling is essential in genetic testing of children. Before a decision is made regarding genetic testing, counseling should be arranged with the parents and with the child, if the child is old enough to fully understand and be able to contribute to the decisions. Counseling should cover the possible benefits of genetic testing and the limitations of the test’s ability to aid in diagnosis and management, as well as possible test results, including the potential impact on care.

Pre-test counseling should address the possibility that the genetic results are inconclusive, as there is still a lot to be discovered about the genetic components of many heart conditions. Clinicians should work with the family to prepare for all scenarios before the test is done, including a positive genetic test, a negative test, or if the test is inconclusive.

Pre-test counseling is also a time to address family concerns about possible medical costs or the possibility that genetic test results may lead to discrimination or an inability to obtain health insurance in the future. The statement details federal laws that families should be aware of that can help alleviate some of these concerns.

Post-test counseling and follow-up are also essential, the statement said. Once the results of genetic testing are available, post-test counseling may be a time to explain the results and plan how the information can be used to care for the affected person, as well as to conduct testing or referral. treatment for other family members.

Continuous monitoring, perhaps throughout life, is also important because, in the rapidly evolving field of genetics, the understanding of the meaning of a specific gene can change over time.

â€œIt’s important to understand what to expect before you start the process. In a disease such as long QT syndrome (a disorder of the heart’s electrical system) or catecholaminergic polymorphic ventricular tachycardia (an inherited arrhythmia), genetic testing can identify a probable cause of the disease 60 to 75% of the time. This means that if an individual is suspected to have one of these diseases, the test is likely to find the genetic variant that causes the disease about two-thirds of the time. Identifying the presence or absence of this gene variant in an individual’s family members can identify those who are at risk or not of developing the same disease. In this situation, genetic testing makes sense in most scenarios, â€Landstrom said.

Landstrom added, “With some inherited cardiovascular diseases, the genetic causes are not well known and the likelihood of finding the gene that causes the disease is much lower in pediatric tests. For these diseases, the likelihood of finding Any of these genetic variants of uncertain importance can make the test difficult to interpret. These are important considerations that clinicians and families should understand and discuss together before the test is done. Clinicians should first determine or have a keen sense of clinical diagnosis – genetic testing can help refine the diagnosis and, in some cases, can help define the next of many possible steps in disease management.

If, after a thorough cardiological exam, a child is strongly suspected of having inherited heart disease, a diagnostic genetic test may be ordered to determine if the child has the genetic variant known to be associated with this disease. A diagnostic genetic test can refine the clinical diagnosis and help make decisions about how best to manage the disease in certain cases, such as choosing medications or recommending lifestyle changes that may improve a person’s chances. stay healthy.

The second type of test, called a predictive risk test, is performed on a close relative, such as a sibling, parent, or child of the person with a genetic variant associated with heart disease.

“If it turns out that a parent has the same genetic variant that has been determined to be the probable cause of the disease in an affected family member, the parent may be at risk for developing the same disease. does not mean that it is guaranteed to develop the condition the same way, or even that they will get the condition at all, just that they are “at risk”, and they will need to be watched closely because of this increased risk. “Landstrom said.” Conversely, if the genetic variant causing the disease in the family is identified and a tested parent does not have that genetic variant, that person probably does not need follow-up or additional screening beyond that of the general population. â€The statement also dealt with gene sequencing, another type of genetic test that has been gaining momentum in recent years, which involves test children in whom there is no suspicion of heart disease but who i can also identify another genetic syndrome.

As genetic sequencing has become easier and cheaper, it is more and more accessible to clinicians. This convergence of technology and the clinical availability of genetic testing makes it important to provide guidance to be clear on the rationale for ordering a genetic test and to ensure that tests are not ordered in a way. inappropriate or simply because they are available.

Multidisciplinary teams typically include close collaboration between adult and pediatric cardiologists, genetic counselors, geneticists, behavioral health specialists and others as appropriate. Although these programs are usually found in large medical centers, improved telehealth capabilities have made access easier.

He added, “Other considerations include the dynamics within the child’s family, the family’s goals and concerns, the potential psychosocial effects of the test (or not) and the current state of testing methods.” genetic. Additional factors to help inform the decision-making process to ensure the best outcomes for children and family members are characteristics of the specific inherited cardiovascular disease, likelihood and timing of disease development, availability therapies and interventions that can treat or prevent the disease; and the availability and cost of testing. (ANI)