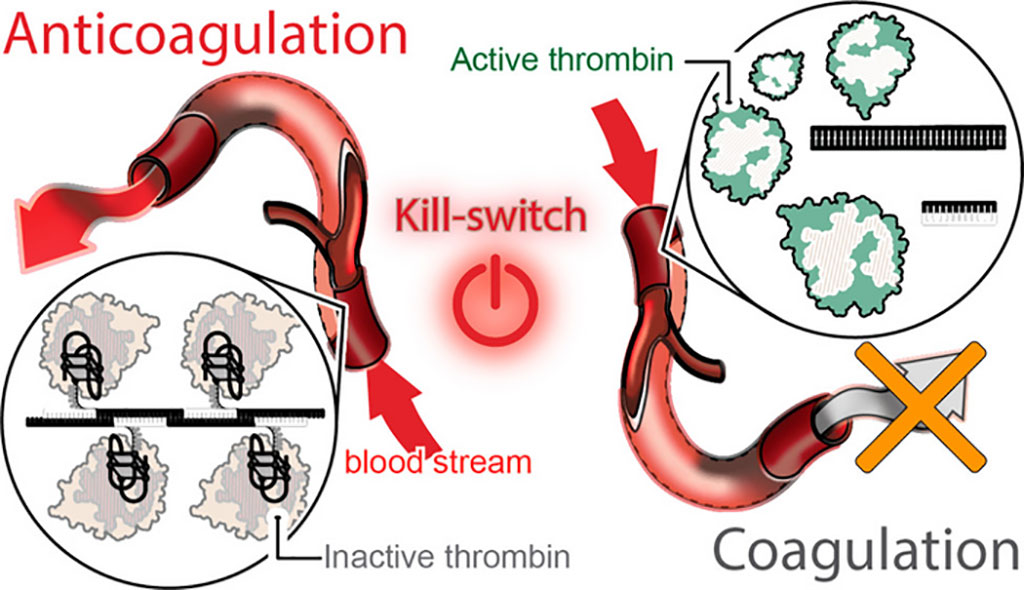 Blood clotting is important for preventing blood loss and for immunity, although clotting can also cause health problems and even death. Currently, one in four people worldwide die from diseases and conditions caused by blood clots. Meanwhile, blood thinners used to reduce risk can also cause significant problems, such as uncontrolled bleeding. Today, a new biomolecular anticoagulant platform holds promise as a breakthrough advancement over anticoagulants currently used in surgeries and other procedures.

The technology invented by researchers at the University of North Carolina at Charlotte (Charlotte, North Carolina, USA) turns to programmable RNA-DNA anticoagulant fibers which, when injected into the bloodstream , form modular structures that communicate with thrombin, which are the blood plasma enzymes that cause blood to clot. The technology allows the structures to prevent blood clotting when needed, then be quickly cleared from the body by the renal system once the work is done. The fibrous structures use aptamers, short DNA or RNA sequences designed to specifically bind and inactivate thrombin.

The extended circulation in the bloodstream allows for a single injection, instead of multiple doses. The design also decreases the concentration of anticoagulants in the blood, which leads to less stress on the kidney and other systems in the body, according to the researchers. This technology also introduces a new “kill-switch” mechanism. A second injection reverses the anticoagulant function of the fibrous structure, allowing the fibers to metabolize into tiny, harmless, inactive materials that are easily excreted through the renal system. The whole process takes place outside the cell, through extracellular communication with thrombin. The researchers note that this is important because immunological reactions do not appear to occur, based on their extensive studies.

The team tested and validated the platform using computer models, human blood and various animal models. The technology may provide a basis for other biomedical applications that require communication via the extracellular environment in patients, the researchers say. The technique allows the design of structures of any desired shape, with the circuit breaker mechanism intact. While the application is sophisticated, producing the structures is relatively easy. So far, the researchers’ work is relevant to short-term applications, such as surgeries, although the team eventually hopes to extend their research to maintenance situations, such as the medications patients with heart disease take. .

“We envision uses for our new anticoagulant platform to be during coronary artery bypass surgery, kidney dialysis, and a variety of vascular, surgical, and coronary procedures,” said UNC Charlotte researcher Kirill Afonin, who led the research team. “We are currently investigating whether there are potential future applications with cancer treatments to prevent metastasis and also to address the needs of malaria, which can cause clotting problems.”