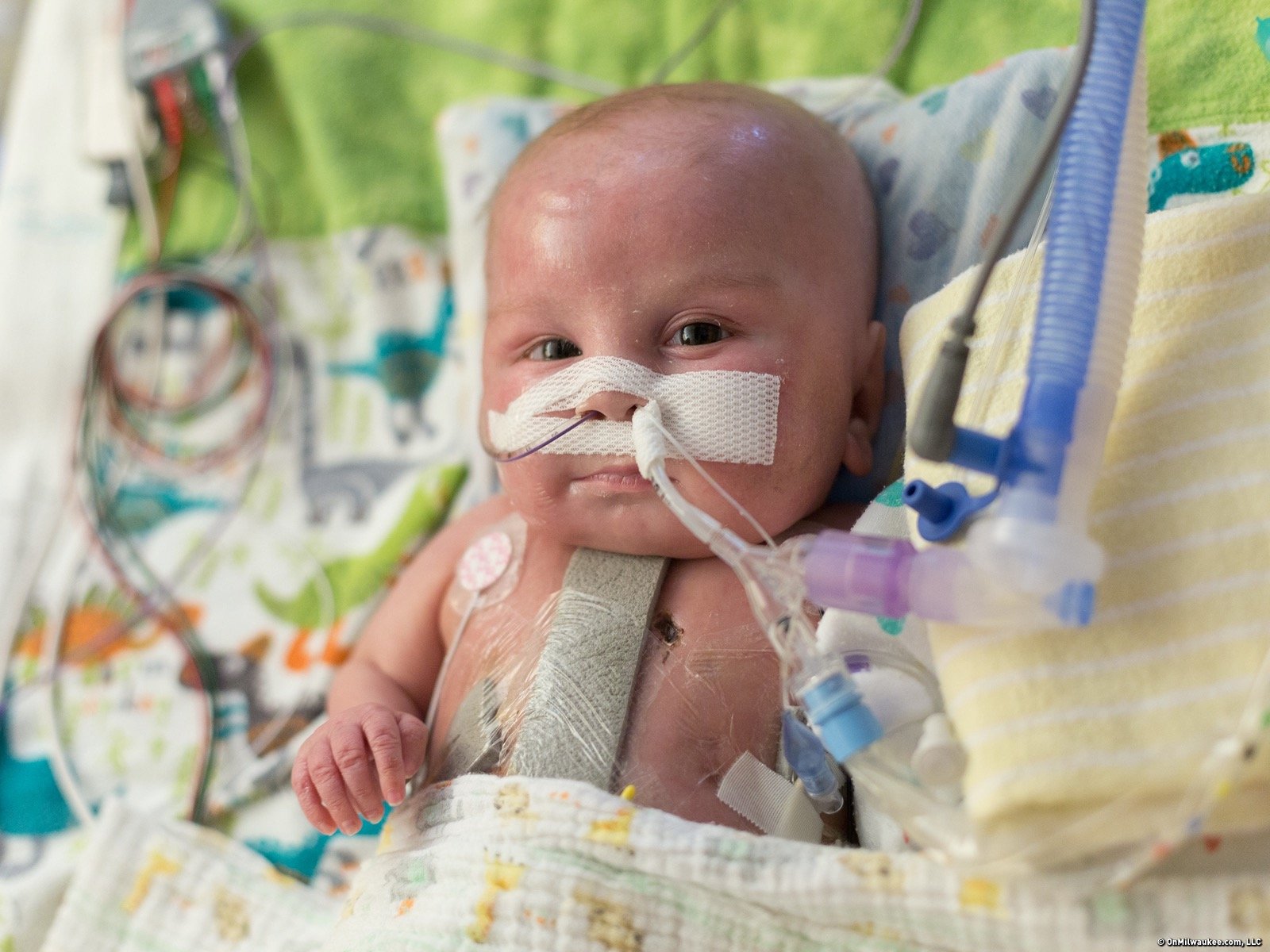 One in 100 children born in the United States has congenital heart disease, a disease that kills more children each year than all forms of childhood cancer combined.

Theo James Schlicht was one of those children.

â€œTheo saved me,â€ says Callie Chiroff, who lost her son to congenital heart disease in March 2018. â€œHe gave me a clean slate. He made me a better person, gave me perspective. And finally, he gave me a new vocation. . ”

Following his loss, Chiroff channeled his energies into efforts to help raise awareness of congenital heart disease and found Bubaloo project, a non-profit organization that will host its first Hops for hearts fundraising event at The Domes on Friday, February 21 starting at 7 p.m.

Like most young mothers, Chiroff was overjoyed to learn that she was pregnant. But her dreams of an uneventful pregnancy were shattered during her 20-week ultrasound when she discovered her unborn son had a heart defect called TAPVR (Total Anomalou Pulmonary Venus Return). This rare congenital disease prevents the oxygen-rich blood pumped to the lungs from returning to its normal path to the left atrium, creating a situation that prevents the baby’s body from receiving vital oxygen.

Meanwhile, an amniocentesis showed Theo also suffered from a genetic condition; although the details of the disorder are not clear from the test results.

â€œI had been a nurse for 10 years and had never heard of it,â€ says Chiroff. â€œIt was super scary. And, at the time, I had no idea we had one of the best cardiac care programs here at. Wisconsin for kids. ”

In the months that followed, Chiroff educated himself and prepared for the operation that would inevitably follow Theo’s birth. But when her waters broke at 32 weeks, she was faced with whole new fears.

â€œThey suspended work for as long as they could,â€ she said. “But eventually, they determined that even though he was very small, they had to do the surgery or he wouldn’t survive.”

Chiroff says the delivery went quickly. But the timing of Theo’s birth held more than the joy that new moms look forward to.

â€œI gave birth in front of probably 40 people,â€ she says, noting that the room was filled with nurses and specialists prepared for all possible scenarios. â€œBut, when he was born, they supported him. He was blueâ€¦ a deep, deep blue. I didn’t have time to bond with him. Instead, they took him to stabilize it for an operation. ”

A first visit to see the baby in intensive care revealed more challenges.

â€œWe went into his room before the operation and I noticed that his right ear was not fully formed; in its place there was a small lump of tissue. And, at that point, I realized that there was a lot more wrong than just his heart … there were several hurdles to overcome, and I was terrified.

â€œMy fear intensified when the surgeon met us before the operation. It was very clear that the operation was going to be risky, and he gave us a 50-50 chance that Theo would survive. So we sat down and had expected.”

Hours later, Chiroff was exhausted, but she received the best news possible: her son had survived the operation. The first hurdle has been crossed. 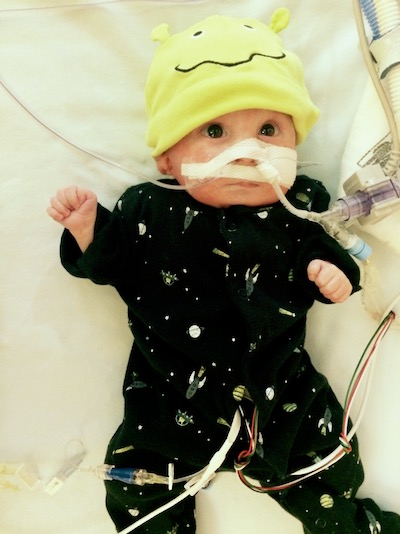 After the surgery, Theo remained in the hospital for six months. Chiroff says she was grateful that she lived near Children’s so she could visit, sleep at home, and then easily return to the hospital.

In the weeks that followed, she spent countless hours with her son.

â€œI didn’t hold him for nine weeks,â€ she says. “But after that, I held him every day. And I got to know him. He was small, but he had really big brown eyes. And we developed our own way of communicating.”

But the challenges continued to come.

“It was such a complex case,” recalls Chiroff. “We never got to get his breathing tube out, and he ended up needing three different surgeries. After the third, he had so much swelling that they couldn’t keep his blood pressure down, so they had to. put him on life support. He got better, but it swelled again. With each turn, we encountered something new. And at one point, we knew he would never come home. It was as if the nurse in me was stepping in.

â€œThe day before we left care, Emily – one of the nurses who became a dear friend – allowed us to take her outside. It was cold, but the weather was nice. And I could see the sun. shine on his face as I held him outside It was time for me to say goodbye to him. 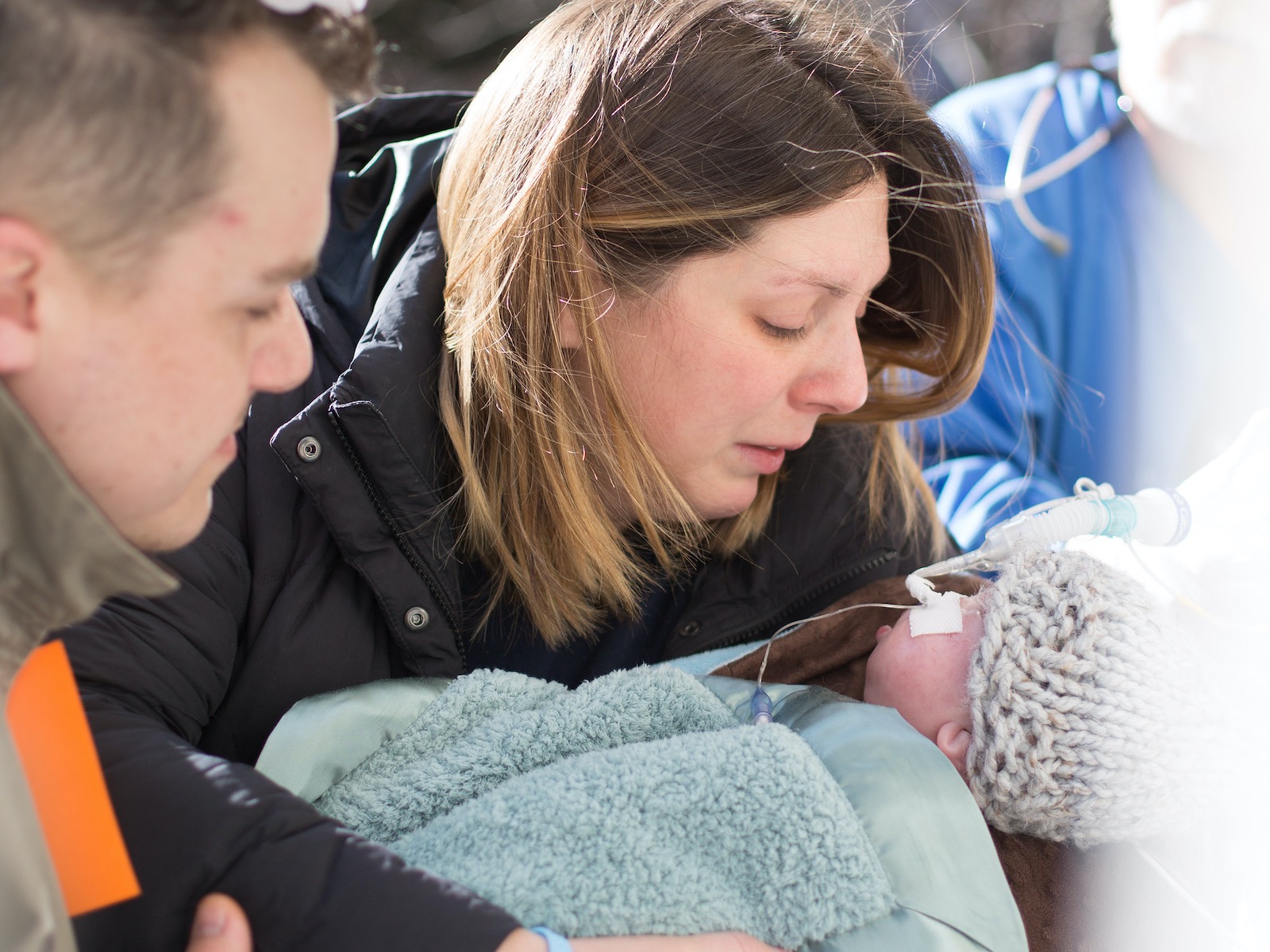 â€œLetting him go was the worst thing I ever had to do. But it was the right thing. He came here, and he changed everything. I’m a completely different person, and I will be forever indebted to him for this.”

Chiroff mourned his son in the months that followed. But as she looked into the future, she knew she had to take action.

â€œIn June 2019, my sister Katherine and I hosted Heart and Sole 5K,â€ she says. “We raised almost $ 100,000 for the Pediatric Congenital Heart Association. And, after that, we knew we wanted to establish something for ourselves that would really allow us to honor Theo in our own way.”

The result was Project Bubaloo, a non-profit organization named after the nickname Chiroff gave his son in the days following his birth.

â€œAfter Theo was born, my family organized a fundraiser for us,â€ she says. â€œAnd they raised more money than we really needed. So we put it in the Bubaloo project fund. We already had a fund at Children’s, so we are using our funds to contribute to it. also in raising awareness of congenital heart disease. ”

Chiroff says that one of the problems with coronary artery disease is that the effects aren’t easily seen.

“Heart abnormalities are the number one cause of infant mortality,” she says. â€œTreatments are expensive and the stress on families is so great. But these kidsâ€¦ you can’t see their scars. So it is very easy to overlook or downplay the situation. Our goal is therefore to raise awareness in the community while improving the quality of care for people with congenital heart disease. ”

The Bubaloo project is currently funding a project to improve the quality of food in Wisconsin for kids in their cardiac intensive care unit which uses signal-based feeding strategies to improve care. The organization also funds an annual nursing research conference at Children’s Wisconsin.

The event, which will be hosted by Riggs & Alley of Kiss FM, will feature small plates from Zilli Hospitality Group accompanied by beer from local breweries. Participating breweries include 1840 Brewing, Black Husky, Founders, Indeed, MKE Brewing, New Glarus, War Pigs, and Shorts Brewing, among others. Brewery representatives will be on hand to talk about their beer and visit participants.

The event will also feature a spinning DJ, silent auction, and a variety of raffles, including Ryder Cup tickets and a Bunzel Meat raffle.

Tickets for Hops for Hearts cost $ 65 (fees included) and includes food, five tickets to a beer station, and a Project Bubaloo tasting glass. Additional raffle and beer tickets will be available for purchase on site.

Donations can also be made directly to the Bubaloo project.

Chiroff says their goal is to raise $ 50,000. A portion of the proceeds from the event will be donated to the Saunders family; the rest will support the work of the Bubaloo project.