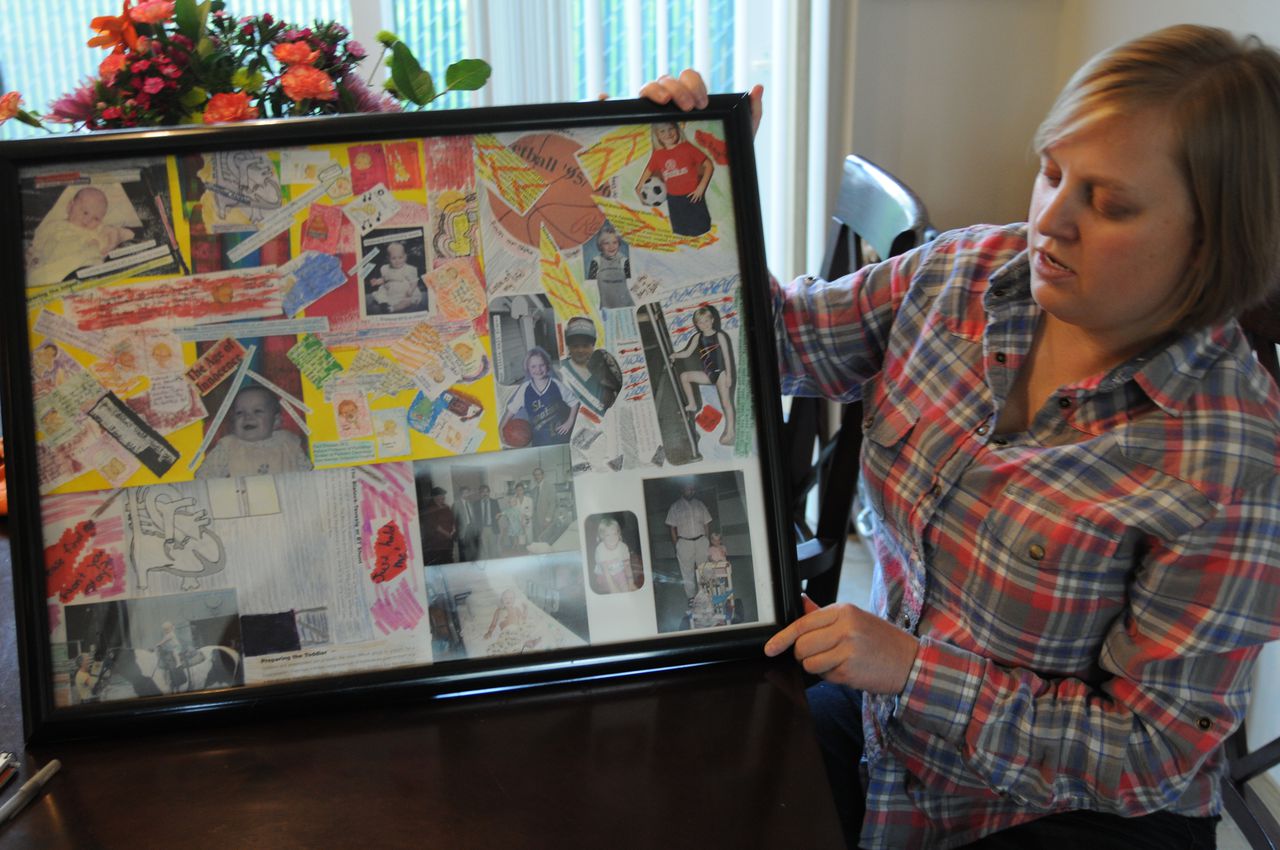 As people born with heart defects live longer, doctors are learning to treat them: Heart Health 2019

Melissa Nelson was around 28 when she first met someone else whose heart shaped her life in the same way.

When Nelson underwent his first open-heart surgery at the age of 4, doctors told his mother not to expect a permanent solution. Nelson could again face death at age 20, they said.

But here is a woman several years older than Nelson leading a session at a conference in Chicago that matched older people with younger people with adult congenital heart disease.

Nelson and the woman bonded quickly because they are two of the few people to come of age with their conditions.

It was a revelation to finally be able to talk to someone who might be able to prepare her for adulthood in a way that doctors couldn’t.

“They didn’t even know I was going to live to be 20, so what would they have prepared me for?” Nelson said wryly on a day off after teaching second grade.

Nelson, now 34, was diagnosed with congenital heart disease the day she was born. She spent much of her childhood and childhood in doctor’s offices and emergency rooms. Until the age of 22, Nelson was cared for at Doernbecher Children’s Hospital in Portland. Growing up, she had to transition to hospitals and learn to take charge of the decisions her mother used to make for her.

Heart defects are one of the most common forms of birth defects and for most of history have been a death sentence.

Recent advances in medical technology have suddenly extended the life expectancy of people born with congenital heart disease from early adulthood to about the same as people without heart defects.

For the first time, there are more adults with congenital heart disease than children.

And doctors must now learn how to treat them.

>> What do your blood pressure numbers mean?

>> Vegan and keto diets can be good for your heart

>> Heart attack signs and symptoms are different for women

>> Yes, fish oil drugs can protect your heart, according to two major studies

>> New cholesterol guidelines include ethnicity as a ‘risk factor’

When patients with congenital heart disease began to live past their twenties, pediatric cardiologists tended to continue treating them. No one has been trained in the complications that adults might face, and there hasn’t been much research.

Today, Oregon Health and Science University, the only hospital in Oregon that treats patients with adult congenital heart disease, has two physicians who specialize in this area. A growing body of research shows that adults with heart defects face higher rates of heart failure and arrhythmias.

Research has also shown that those who want to get pregnant are at serious risk, said Nelson cardiologist Dr Abigail Khan.

But even with more knowledge about what adults with congenital heart disease might face, cardiologists must also figure out how to apply this to a special and diverse demographic. Patients have a variety of different defects with great differences in severity and symptoms. Some, like Nelson, have aggravating heart problems in addition to the defect.

Khan said she tries to think holistically about a patient’s life. Family planning should be started soon after puberty to prepare someone for later choices. She also tries to help advise her patients on the type of career that might be challenging with their condition – often manual labor can be dangerous for people with heart conditions.

But there’s also so much that’s still unknown, Khan said. The complications and challenges that patients of middle age and older may face cannot always be predicted.

There are also few places to turn to for advice. Khan may call colleagues from other hospitals to try to find similar cases. It doesn’t always come back a lot.

“The reality is we still don’t know,” Khan said. “And I think the most important thing is to be honest about it.”

Nelson appreciates this honesty. She tries to be as proactive as possible in making decisions about her health care. But these question marks are also about her.

“Things are constantly changing and it’s scary and helpful at the same time,” Nelson said.

When she was born, her skin was blue due to a hole in her heart. On her first Christmas Eve, surgeons inserted a device to allow more oxygen into her heart.

Since then, she has had four pacemakers and several surgeries to treat a malfunctioning heart valve, an abnormally small right side of her heart and a racing heartbeat.

Her arms bear scar tissue on the inside of her elbows from the countless blood draws she underwent during annual checkups and sometimes bi-weekly visits to the emergency room during her youth and young adulthood.

When Nelson, then 25, told her mother, a nurse, that it was time for her to go to her appointments alone, blood tests were the first place she started to go. defend.

She asked for a butterfly needle, which is the smallest gauge, and an experienced phlebotomist if given a student instead. “I’m tired of being a cushion,” Nelson said.

It’s a small example but one that makes a big difference in his quality of life. Three decades is a long time to put your arm on a table for someone else to poke and push.

She also seeks treatment and tries to be informed. She wears an EKG when she travels to measure her heart’s function. When the room she teaches in became too hot during an air conditioning failure, she revealed her condition to her principal.

But when she learned at her last checkup that she had to undergo another potentially invasive procedure every few years, she made the difficult decision. Nelson takes close friends on his dates for this reason. This time she brought her boyfriend.

All news is rarely good and after a lifetime of trying to control one’s life, this new stipulation felt like a new heavy weight to bear.

Nelson is not alone. Researchers and doctors are finding that people with adult congenital heart disease can develop post-traumatic stress disorder from frightening and life-threatening operations and diagnoses that begin at a young age.

OHSU has added a psychologist to its treatment program to help people like Nelson continue to make informed choices about their care because abandonment is one of the riskiest parts of their lifespan.

Nelson sees a therapist and channels his anxiety into art. Her studio is on the top floor of the apartment she shares with her boyfriend.

The pieces are mechanical and macabre, chaotic and colorful. A painting of a leg is stuck together by more than a dozen needles. The outline of a torso features actual x-ray scans of Nelson’s chest, a hard-wired circuit board with painted nervous system.

The support she found from older people with similar conditions also helped her cope.

Nelson said she was lucky to have a relative who worked in the medical field and explained to her how her medications work and the nuances of her condition. But no one taught him how to grow up with a chronic illness.

“If you’re not teaching a child how to deal with a chronic illness, you definitely aren’t teaching an adult,” Nelson said.

So Nelson volunteers at Merry Heart Children’s Camp, where she works with children who have heart problems.

It’s a place where she feels like she has the expertise. She can pass on what she has learned to children who will probably have easier paths than hers.

A lifelong athlete who still swims and stays active, Nelson can also encourage them to play and be themselves after years of having to teach it on their own.

“It was the first time I felt normal, I was going swimming with all these kids with scars on their chests,” Nelson said.

Visit subscription.oregonlive.com/newsletters to get Oregon journalism delivered to your inbox.