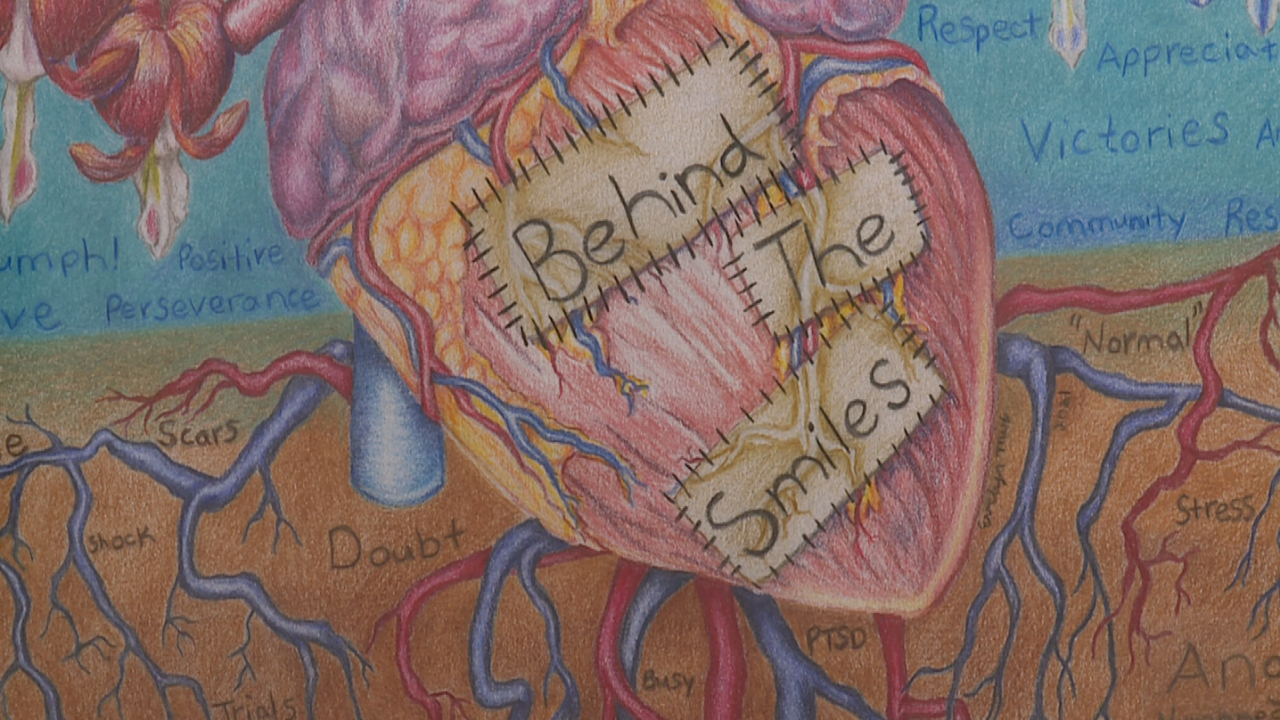 GRAND RAPIDS, Mich. (WOOD) – Many nominations for this year’s Art Award deal with personal issues, from the positives in artists’ lives to the challenges they face.

The colored pencil drawing piece “Behind the smiles” located inside First congregational church (in the park) at 10 Park Place NE in Grand Rapids, is one such exhibit.

The work of artist Evelyn Mix incorporates the emotions that Hastings’ mother of two feels day in and day out.

Lydia had two open heart surgeries at the age of 4 months.

â€œShe has at least one more surgery which is hopefully scheduled to be around 5 years old. But she may need a heart transplant or other procedures on her heart to keep this going, â€Mix said. “But she’s growing up and she’s doing so well, despite all the setbacks we’ve had.”

â€œBehind the Smilesâ€ is the first in a series of Mix plans pieces.

The work includes two flowers. The first is the repaired heart lily, representing a child’s heart after surgery to repair it. The second is the Bleeding Heart Flower, representing what Mix calls a parent pouring out their soul into the world.

The book includes words about the journey of parents of children with congenital heart disease.

Fifty are negative words that they are trying to bury below the surface.

But it also incorporates 100 positive words that they share with the world.

But her other goal is to reach out to parents struggling with similar challenges to let them know they’re not alone.

â€œThere is always hope. Because some of us have been there and our kids are shining, they are growing up. There is hope for them,â€ Mix said.

Fifty percent of the auction price, plus half of any money for â€œBehind the Smiles,â€ will go to the group. Conquer congenital heart disease, which offer support to parents of children with the disease.

2021-09-23
Previous Post: Heart disease can be inherited, but none is intended for the fate of parents or grandparents
Next Post: Leigh’s mother’s fight for scans to detect babies’ heart defects