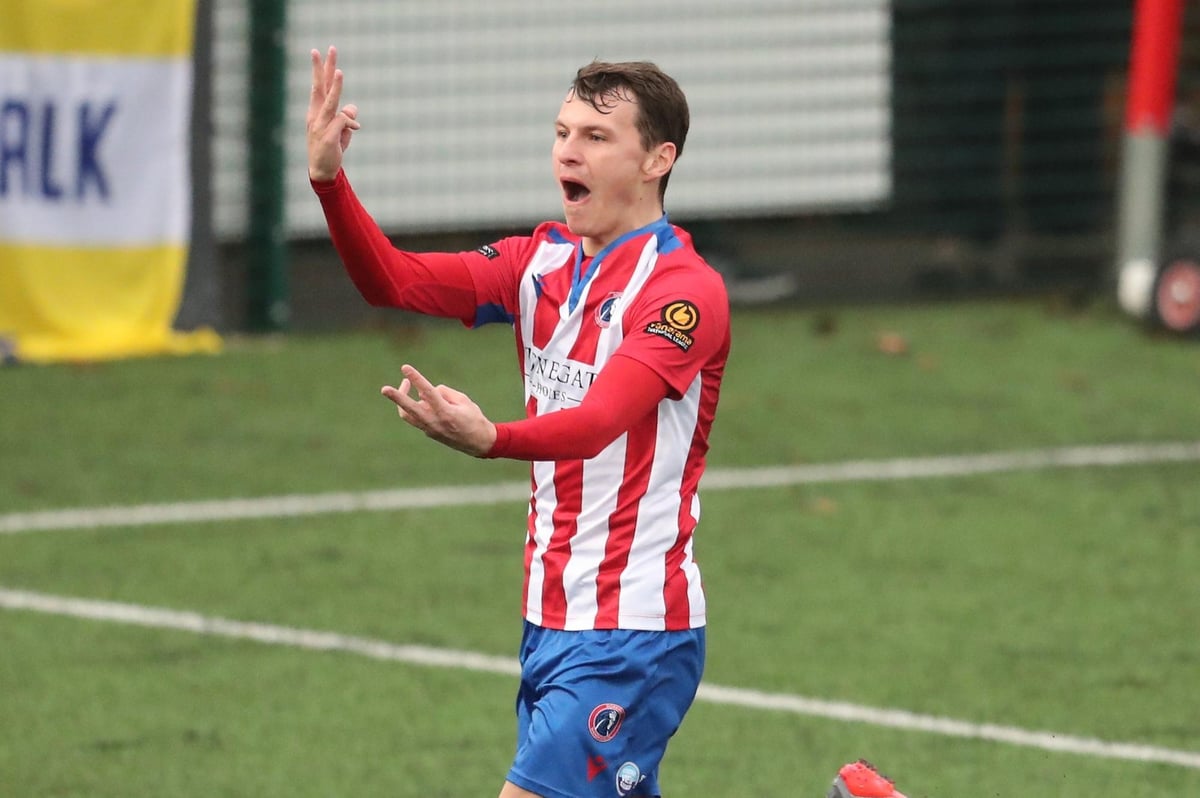 Alfie Rutherford was released by the Blues more than eight years ago after being diagnosed with aortic stenosis during a routine medical examination. The condition is defined by an unusually narrow valve which consequently decreases blood flow from the heart.

He was advised by the FA to stop playing football, but has since been plying his National League trade with Dorking Wanderers – having played for Moneyfields and Havant and Waterlooville FC.

He tweeted: ‘Open heart surgery [is done] – the operation went well, thanks for the messages.’

Rutherford signed a new two-and-a-half-year contract to stay with the Surrey side in January after attracting interest from clubs higher up the football pyramid.

Dorking was believed to have given him a £200,000 valuation amid strong links elsewhere in the last transfer window – and he has been compared to current Leicester striker Jamie Vardy, who shot to fame after his performance at the level of the National League.

Although Danny Cowley has great admiration for the former Blues youngster, he has admitted rumors of a move for the prolific non-Champion striker are far from the truth. Rutherford has since also reaffirmed her commitment to Dorking. Photo: Dave Haines

Rumors swirled about a potential return to Pompey, especially after scoring over 30 goals last season. He was the second striker to reach the 30-goal mark last season, just behind Fulham’s Aleksandar Mitrovic.

Still, any potential move to return to Pompey was quickly rebuffed by Blues boss Danny Cowley. He said he held the former Moneyfields and Hawks striker in high regard, but admitted he was not pursuing a move for a non-league player.

It is not yet known when Rutherford will be back in action.

2022-11-15
Previous Post: AHA News: Born with 6 heart defects, now a junior and competitive varsity swimmer
Next Post: Inducing a state of hibernation in mice may protect organs during cardiac surgery