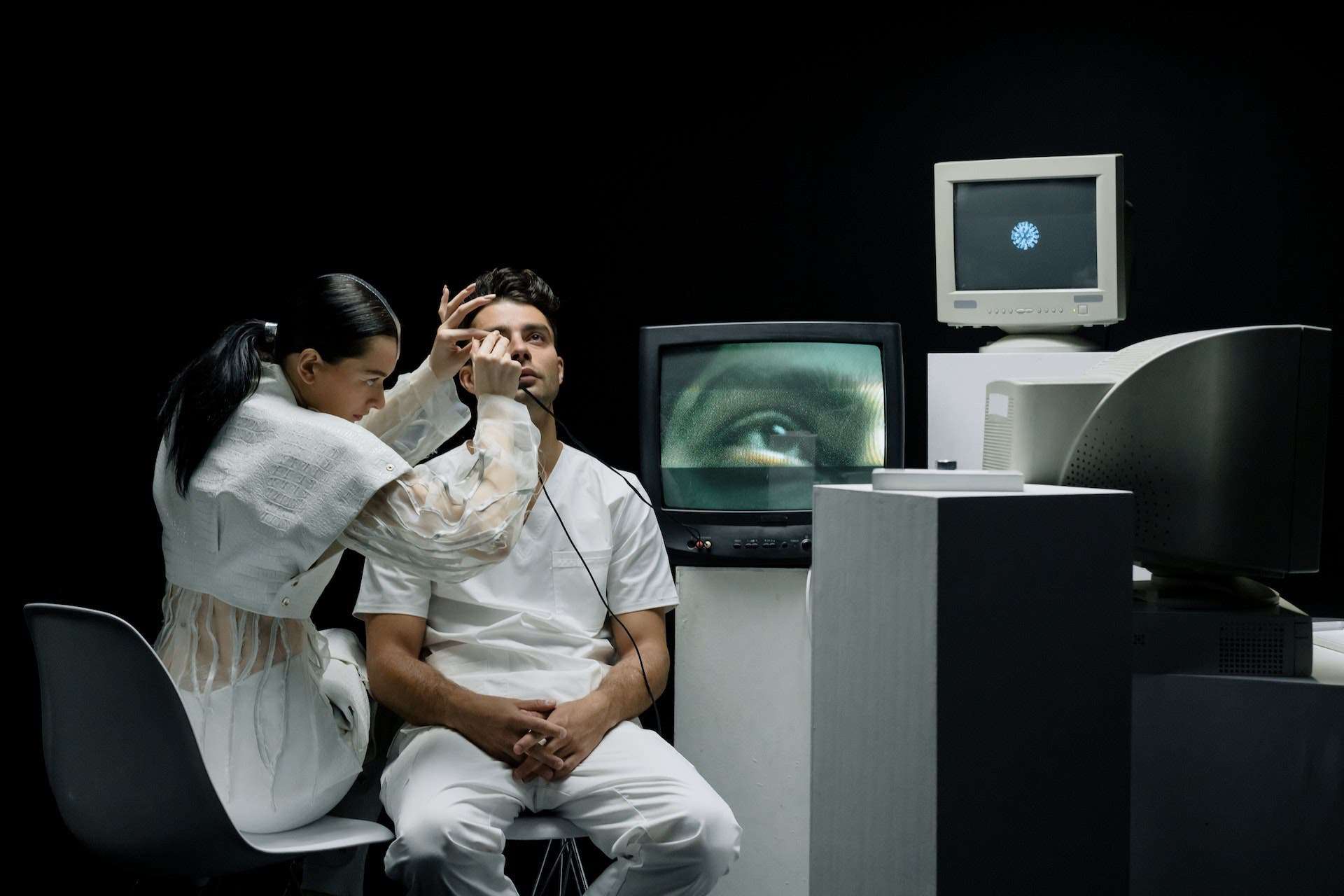 The method involves scanning the arteries and veins of the retina (the part of the human eye where an image is formed) using a camera that runs on AI-powered software. Within 60 seconds of the retinal scan, this simple test would let a person know whether or not they are at risk of a heart attack.

The AI-based retinal scanning system is called QUARTZ (QUantitative Analysis of Retinal Vessel Topology and Size), and its developers are making heart disease diagnosis more accessible and affordable than ever. While traditional cardiac health check methods such as blood pressure analysis and blood tests require blood samples from patients and are relatively time-consuming, QUARTZ represents a rapid and non-invasive technique capable of providing results with the same accuracy as that of blood tests.

This breakthrough could allow any healthcare worker to perform cardiovascular screenings in a simple setting, using a simple camera and not too much other equipment.

Your eyes are the window to your body

The fact that doctors can detect different diseases by looking into your eyes has been known for years. The network of arteries, nerves, veins and tissues connected to the eyes also pass through various organs, including the brain and the heart. Any abnormality found in this network is an indication of a problem in some part of the body.

For example, according to the American Academy of Opthalmology; loss of lateral vision is linked to a brain tumor, leakage of yellow-colored fluid from the retina is a sign of diabetes, and formation of a blue ring around the cornea is considered a symptom of high cholesterol. There are twenty diseases the first signs of which can be noticed in the eyes.

But knowing that something can be done and actually doing it, especially in a realistic and affordable scenario, are two very different things.

According to the researchers, the QUARTZ scanner first spots changes in the structure of the arteries and veins in the retina which are also connected to the heart and brain. He keeps size and shape check blood vessels and the area they cover. These factors are then evaluated by AI-based software to predict the onset of conditions such as coronary heart disease, heart failure and stroke.

“AI-based vasculometry risk prediction is fully automated, inexpensive, non-invasive, and has the potential to reach a higher proportion of the population in the community due to high street availability and because blood sampling or sphygmomanometry is not necessary,” the authors sayin the largest study of its kind ever conducted.

During the study, the researchers used QUARTZ to scan the retina images of 88,052 patients aged 40 to 69. Based on the network of blood vessels in the retina, QUARTZ predicted the risk of heart attack and stroke in patients. Prediction models from 7,411 subjects were selected for further analysis.

Interestingly, for the same participants, the researchers also used the Framingham Risk Score Framework, a popular and widely accepted assessment tool used to predict the risk of heart disease in men based on gender, age and various other factors. They compared QUARTZ’s prediction models with results obtained from Framingham’s analysis and found that the AI ​​tool was as effective as the widely used framework in detecting heart disease, stroke and deaths.

Although further research and clinical trials are needed to further validate QUARTZ’s capabilities as a rapid and reliable diagnostic method, these results certainly raise hopes for a hassle-free CVD (cardiovascular disease) checkup. Every year more than 17 million people lose their lives to cardiovascular diseases and unfortunately for many of them (including young people) this happens suddenly and unexpectedly.

Compared to blood tests and ECG workups, CVD diagnostic tools like QUARTZ are non-invasive, quick and easy to use and could encourage people to regularly monitor their heart activity and save millions of lives every year.

“Having another inexpensive, accessible, and non-invasive screening test in the community to encourage the adoption of clinical risk assessment in the community is very likely to help prolong disease-free status in an ever-aging population with increasing comorbidities, and to help minimize the healthcare costs associated with lifelong vascular disease,” the researchers note.

The study is published in the British Journal of Ophthalmology.

2022-10-12
Previous Post: X-ray-A tool for correct diagnosis of medical problem
Next Post: Why the BrainTrack app is needed to support early diagnosis of dementia