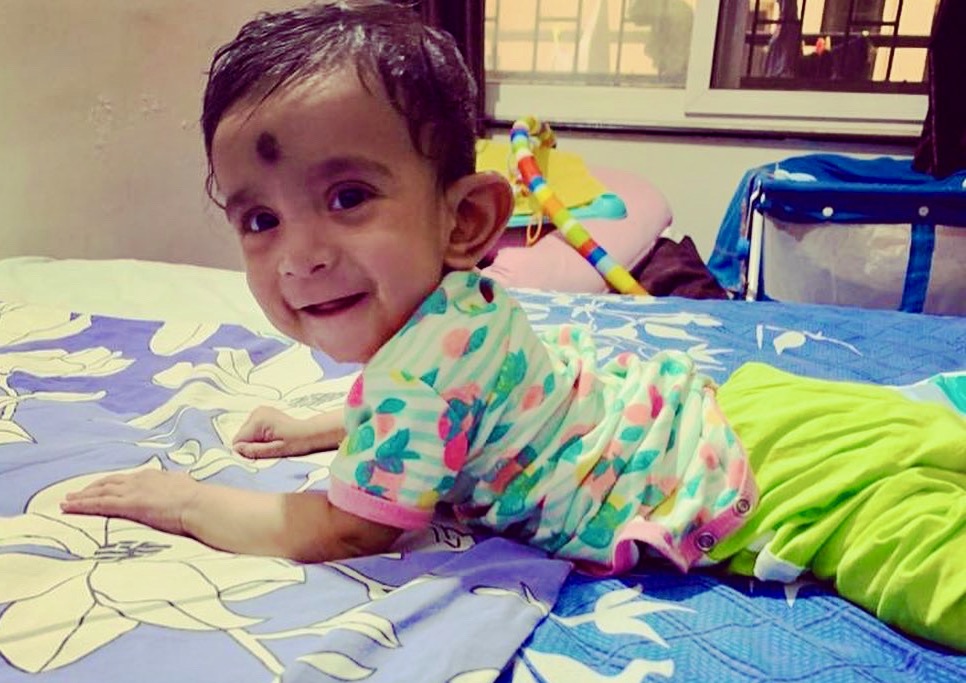 Against all odds: Prenatal ultrasound gives babies with heart defects a fighting chance

Unlike many newborns, little Shriyan couldn’t spend much time with his mother in the delivery room. Doctors from the Amrita Institute of Medical Sciences in Kerala, India, rushed the critically ill boy to an operating room, where a surgeon was waiting to perform life-saving heart surgery to correct a rare but fatal heart defect. The doctors caring for Shriyan had no crystal ball to know that he needed help. They had something more powerful: prenatal echocardiography, also known as fetal echocardiography. This allowed them to diagnose the defect while the boy was still in utero – and ready to act soon after he was born.

Twelve months later, Shriyan is thriving and Dr Balu Vaidyanathan, who diagnosed the baby boy while still in his mother’s womb, has added another success to his growing family of newborn babies with congenital heart defects that beat all predictions. The doctor attributes a large part of this success to prenatal diagnosis, a subject on which he has evangelized for more than a decade. “Ultrasound has tremendous power, especially when it comes to something invisible,” he says. “The best use of this technology is in the interest of our little babies, so that we can help save precious lives.”

Congenital heart defects occur when the heart of the fetus does not develop properly. It is the most common birth defect and one of the main causes of infant mortality, especially in developing countries. According to a 2018 Indian report, around 20% of babies born with a heart defect are considered to have “critical” defects.1. They are more likely to die in their first 28 to 30 days, says Dr. Balu. This makes early diagnosis a key to their survival.

Congenital heart defects are the most common birth defects, especially in developing countries. Using ultrasound technology, doctors like Dr. Balu Vaidyanathan from Kerala, India can diagnose these conditions before birth and be ready to treat their little patients soon after birth. Image credit: GE Healthcare

In countries like India, most heart defects are still diagnosed after birth, using a clinical examination or a pulse oximeter to measure the blood oxygen level of the newborn baby. . The problem, says Dr. Balu, is that clinical exams and oximetry can miss critical defects.

These are significant figures, given that India has around 240,000 babies born each year with congenital heart defects.1. This means that thousands of babies with fatal heart defects may not be diagnosed until it is too late.

But early diagnosis can help give newborns like Shriyan a fighting chance. It provides doctors with knowledge about these conditions so they can have a treatment plan ready at birth.

Shriyan’s mother learned that something could be seriously wrong with her baby’s heart during a routine prenatal checkup at 22 weeks. She lived nearly nine hours away from Dr Balu and the Pediatric Cardiac Institution in Kerala where she would eventually give birth. Nevertheless, she visited the highly regarded doctor to confirm the diagnosis and work out a treatment plan. This way, Shriyan was born in the right place, the surgeon was ready to operate, and the distance the boy had to travel to receive treatment could be measured in meters instead of miles.

Dr Balu says that over the past decade the advent of high-definition ultrasound technology to identify heart defects in utero has changed the game. In fact, it has been credited as one of the factors that helped Kerala reduce its infant mortality rate from 10 infants per 1,000 in 2017 to just 7 per 1,000 last year.2.

The ultrasound machine that Dr. Balu uses to examine the smallest hearts is the Voluson E10 from GE Healthcare. It leverages 2D, 3D and color Doppler imaging capabilities to visualize the fetal heart, with the ability to collect more data and use more processing power than previous versions3. (Color Doppler imaging shows the speed and direction of blood flow – blue when blood is moving away from the transducer, red when it is flowing towards it.) Ultrasound software relies on algorithms to improve image quality and generate them faster, while requiring fewer steps for technicians.

The result is clearer images and faster exam times. Doctors can view the heart structures of a fetus in high definition, watch them work, and assess the level of muscle tension, allowing them to diagnose heart defects during routine second trimester anatomical exams. Specialists like Dr. Balu can potentially detect abnormalities as early as the first trimester of pregnancy using technology.

Pregnant women then have time to be referred to specialist doctors before the baby is born. Prenatal diagnosis also allows doctors to administer treatments, such as stabilizing medications, and plan surgery immediately after birth.

Early interventions, including the use of prenatal ultrasound, help increase the chances of survival – Dr Balu’s center has a 98% surgical survival rate – and can reduce hospital stays. This, in turn, reduces costs for his patients by about 25%, the doctor says, which is especially important for low-income families.

Dr Balu says tertiary centers – medical facilities where doctors can perform surgery on a newborn – are also becoming more common, in part thanks to the success, affordability and ease of use of the ultrasound. When he started his pediatric cardiology practice in the late 1990s, there were four or five tertiary centers in India. There are now about thirty.

[3] Data on file from GE Healthcare.